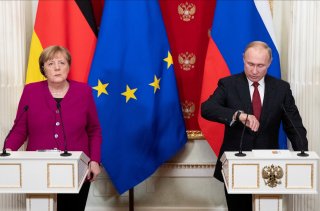 The EU’s relations with Russia in the nearest future will to a large extent be shaped by the failure of a German-French proposal to resume EU-Russia summits. The idea was directly inspired by the Biden-Putin meeting in Geneva but was rejected by the majority of EU member states who didn’t see a convincing rationale in reengaging with the Kremlin in the absence of any change in its policies. Simply mimicking U.S. foreign policy turned out to be a complicated task within Europe. Apparently, both German and French diplomacies will continue, in one way or another, to rebuild bridges broken by Moscow, but the efficiency of these attempts will have its limits.

Germany thus definitely wants to prioritize and even exceptionalize Russia, yet the irony is that Russia does not seem to reciprocate. Due to the crisis in the Kremlin’s relations with Brussels, major individual member states are expected to become more important for Russian diplomacy in Europe, but, paradoxically, this is not the case for Germany. Unlike, for example, Abkhazia or South Ossetia, Germany was not even mentioned in the new version of the Russian National Security Strategy adopted by Putin in June. Russian officials regularly—although with modest political results—meet with politicians from Alternative for Germany, a party that in March 2021 was placed under surveillance for extremism. The poisoning of Alexey Navalny and his medical treatment in Berlin only further alienated the Kremlin from the German government. In the meantime, due to Russia’s interest in Eurasian integration, some commentators in Moscow deem that in the future Russia might need Germany less than Germany would need Russia.

In fact, Russia does not expose any type of a particular attitude towards Germany. For example, the mobilization of local Russophones in the fabricated case of “Operation Liza” in 2016 was a typically instrumentalized fake news campaign that could have happened in other countries with significant Russian diaspora. Russia likewise does not appear to have a strategy towards post-Merkel Germany. So far Russian commentators keep saying that the more Berlin keeps away from trans-Atlantic security connections, the more chances Moscow has for Germany’s unconditional acceptance of Russia as an indispensable European power and a member of the great power club, but,  again, this familiar Russian rhetoric is not German-specific.

All this makes Germany’s Russia policy vulnerable to multiple criticisms. This policy is a matter of particular annoyance for the Baltic states. Director of Estonian Foreign Policy Research Institute Kristi Raik has recently lambasted the German approach to Russia as discarding the interests of countries located between Berlin and Moscow, as too much embedded in the utopian concept of positive economic interdependence that is not shared by Russia, and as unduly believing in the magic force of dialogue. In fact, all the troubles that Ukraine has with German policy of rapprochement with the Kremlin, might be shared by Baltic states as well, including the ascription to Russia the role of ‘facilitator’ in the Donbas, as opposed to the role of conflict initiator.

Given all this, some policy experts deem that the EU’s Russia policy should to a greater extent be shaped by Central European and Baltic states who have both realist experience and expertise in dealing with Moscow. Yet much will depend on what might constitute, in the forthcoming future, a counter-balance to the French-German pragmatic geopolitics of appeasement with Russia. One potential option could be the Three Seas Initiative, supported by the United States as a new trans-regional platform-in-the-making aimed at pulling together resources of a dozen of small and medium-sized countries that historically were in Europe’s periphery. Another hypothetical variant is the Intermarium project that reflects the Polish vision of the integrated Baltic-Black Sea region. One more institutional platform is the Visegrad Four (consisting of Poland, Czechia, Slovakia and Hungary), a regional group that tries to develop a common standing in the pan-European scene. Finally, COVID-19 and the recent events in Belarus have brought new dynamics into the Estonia-Latvia-Lithuania triangular solidarity in security matters. Listening to and reengaging with the voices of smaller neighbors might balance the prospects of a Berlin-Moscow axis.

Andrey Makarychev is a Professor of Regional Political Studies at the Johan Skytte Institute for Political Science at the University of Tartu in Estonia.