Does This Video Show a Drone Killing an Israeli Merkava Tank? 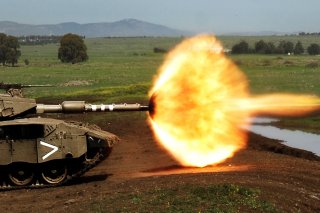 Key Point: The problem is one of asymmetry. Israel has sophisticated, expensive drones designed to attack heavily defended targets in Iran or Syria. For organizations like Hamas or Hezbollah, merely dropping a bomb on an Israeli town or tank – even if it does no damage – is a political victory.

Did an Islamic Jihad drone drop a bomb an Israeli tank outside Gaza?

Michael Peck is a contributing writer for the National Interest. He can be found on Twitter and Facebook. This first appeared several months ago.