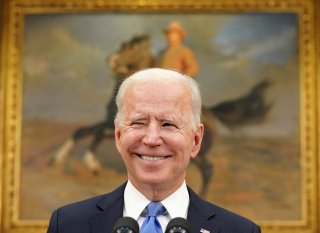 Many Americans rely on Social Security in retirement, and many more anticipant doing so once it’s their turn to collect it.

Social Security benefits are taxed at the federal level. In addition, some states in the United States have a policy of taxing the benefits received by Social Security recipients.

Kiplinger recently explained how that all works.

The AARP has also provided a list of which states do and don’t tax Social Security benefits. And the rules differ significantly from state to state.

In Colorado, for instance, benefit income is taxable at the state’s flat rate, however, people in that state “can deduct up to $20,000 in retirement income, including Social Security payments, if they are between the ages of 55 and 64 and up to $24,000 if they are 65 or older,” according to Kiplinger. And starting in 2022, residents of Colorado can “deduct all federally taxable Social Security benefits from their state income.”

In Connecticut, residents are able to deduct most or all of their benefit income. In Kansas, those whose adjusted growth income (AGI) is $75,000 or less “are fully exempt from paying state taxes on Social Security. The cap applies for all filing statuses.” And in Minnesota, the state goes by federal rules for deciding how much of benefits are taxed.

In Missouri, benefits are entirely deductible for residents who are sixty-two years old and older with an AGI of less than $85,000 for single people and less than $100,000 for married couples. In Montana, as pointed out by AARP, the state “ does not tax Social Security for people with overall incomes of less than $25,000 for a single filer and $32,000 for a couple filing jointly.”

In Nebraska, the state does not tax Social Security for single people with an AGI under $44,460, or for couples below $59,100. But the state is phasing out taxation of benefits. New Mexico, meanwhile, follows federal rules for exempting lower-income residents, as does North Dakota, although, per AARP, “single filers with an AGI of $50,000 or less, and married couples filing jointly with an AGI of $100,000 or less, can deduct that portion from their state income.”

Rhode Island does not have a benefits tax for those at full retirement age, and also if they have an AGI under $86,350 if single and $107,950 if married. Utah also uses the federal formula, while this year, it began offering a full or partial credit for benefits, depending on income.

And in West Virginia, the state is gradually phasing out state income taxes for Social Security.

“For the 2020 tax year, West Virginians making $50,000 or less ($100,000 for couples filing jointly) were allowed to exclude 35 percent of their Social Security benefits from their taxable state income,” according to AARP. “The exclusion rises to 65 percent in 2021 and 100 percent in 2022. For people with incomes above those levels, benefits are taxed according to the federal model.”