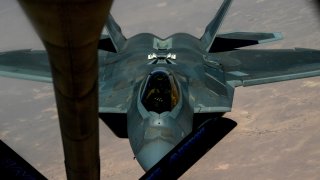 A few years ago Russia became the latest country to claim that it had developed a new radar system that can detect stealth warplanes. But the Sunflower low-frequency over-the-horizon radar likely suffers all the same drawbacks that have plagued previous generations of similar sensors.

Russian media touted the Sunflower radar in a series of articles in early July 2016. “Russia’s powerful over-the-horizon … Sunflower radar is capable of detecting and tracking the stealth fifth-generation plane or any other fighter jet that was designed to avoid detection,” state-owned website Sputnik News reported on July 2, 2016, citing an earlier article in Svobodnaya Pressa, an independent Russian tabloid.

But the same qualities that allow a low-frequency radar to detect a stealth fighter also prevent it from detecting the same aircraft with great precision. Mike Pietrucha, a former U.S. Air Force an electronic-warfare officer, told The National Interest that early low-frequency radars could pinpoint a target’s location to within only 10,000 feet or so — not nearly accurately enough to guide a missile.

Stealth fighters have always been visible to these sensors and always will be. Sunflower’s supposed counterstealth prowess speaks more to the strict physical limitations of low-observable fighter-design and less to a stealth-defeating breakthrough on Russia’s part.

What’s perhaps most impressive about Sunflower isn’t its ability to detect stealth fighters, but its comparative compactness. Many low-frequency radars installations are huge and power-intensive — and big, fat targets during a shooting war.

A U.S. Air Force F-22 Raptor based out of Al Udeid Air Base, Qatar, prepares to connect with a KC-135 Stratotanker during an aerial refueling mission above an undisclosed location in the Gulf, in this undated handout picture released by U.S. Air Force on August 1, 2019. Chris Drzazgowski/U.S. Air Force/Handout via REUTERS​.