Don’t Blame Pakistan for the Taliban’s Takeover of Kabul 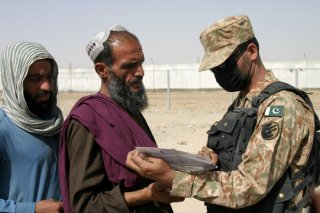 In a recent interview to The Washington Post, Pakistan’s National Security Adviser Moeed Yusuf vehemently argued that Pakistan should not be blamed for the swift takeover of Kabul by the Afghan Taliban. He said Pakistan did not tell the Afghan forces to capitulate without putting up a fight, or force President Ashraf Ghani to suddenly leave Afghanistan. While Pakistani officials are dissociating their country from the ascendancy of the Taliban next door, voices in Afghanistan and the United States have doubled down on their criticisms of Pakistan, accusing it of catalyzing that group’s return to power.

Contrary to the assertions that dub the Taliban’s resounding success as a victory for Pakistan, the country’s top leadership has not endorsed the idea of an exclusively Taliban-ruled Afghanistan. Instead, it has stressed the need for forming an inclusive, broad-based government in Afghanistan. Other than positioning itself as a neutral player in Afghanistan, Pakistan has clearly enunciated that it should not be blamed for chaos and violence in that country. The Taliban’s advances are ascribed to Pakistan because of a belief that the country can exercise agency over the group. Quite rightly, Pakistan takes exceptions to being dubbed as a patron of the Taliban or being the force behind its unhindered, triumphant return to Kabul. There are three reasons why Islamabad is right in pushing back against detractors who flay it for the Taliban’s takeover of Kabul.

The foremost reason as to why the fall of province after province to the Taliban cannot be attributed to Pakistan is the rather ignominious performance of the Afghan National Defense and Security Forces (ANDSF). Instead of facing forceful resistance from the Afghan security forces, the Taliban were able to take control of Afghanistan without militarily engaging with them. In fact, not only were Afghan soldiers seen fleeing to neighboring countries, but also fully-armed, intact army formations surrendered to the Taliban. Here, it is important to mention that the ANDSF, an integral part of the erstwhile government, was being presented as a vanguard of resistance against the Taliban, just days before it started wilting. Also, despite having a strength of more than 300,000 troops and using $88.3 billion of U.S. aid for its development, the ANDSF could not conduct kinetic operations independently. The scorecard looks much more dismal if one takes into account the air support the United States gave to the ANDSF during its showdown with the Taliban. That Afghan forces did not choose to fight decisive battles against the Taliban is the principal factor that allowed the Taliban to claim that its takeover has been a peaceful one. The rapidly-changing situation that led to the takeover of Kabul was a function of Afghanistan’s internal dynamics, something which Pakistan could not have shaped. Besides, the Taliban’s clean sweep was not a function of its getting alleged military or financial support from Pakistan but a result of how quickly Afghanistan’s highly-vaunted security apparatus emaciated.

A series of fierce battles between the Taliban and the ANDSF could have delayed the former’s march towards Kabul. The Taliban didn’t need Pakistan’s succor to strengthen its offensive power because it wasn’t even required given the unwillingness of the Afghan government and security forces to turn the tables against them. The recent tactical and strategic outcomes in Afghanistan were a product of rampant corruption and incompetence, not to mention the low morale of Afghan troops. Pakistan, or any other country, barring the United States, cannot be accused of creating impediments for the ANDSF, for its troubles germinated from within Afghanistan’s decrepit politico-military system. It is fair to argue that Pakistan cannot be held responsible for the poor battlefield performances of the ANDSF.

The second reason why Pakistan cannot be blamed as the catalyst behind the Taliban’s reemergence in Afghanistan is the country’s lack of leverage over the group, especially after the United States signed a withdrawal deal with the Taliban in Doha last year. Here, it is important to note that Pakistan’s highly-touted influence over the Taliban was, even during the 1990s, not enough to alter its behavior, as evidenced by the group’s refusal to stop, despite Pakistani pressure and requests, the demolition of the Buddhas of Bamiyan, or to hand over the masterminds of the dastardly 9/11 attacks.

The little leverage that Pakistan had over the Taliban was used to bring them to the negotiating table to talk to the United States. Pakistan was instrumental in starting and sustaining the peace process, not least because it was involved in diplomacy and parleys at the highest levels. That said, Pakistan was not a participant in the Doha talks. Thus, the terms of the 2020 deal between the Afghan Taliban and the United States were not shaped by inputs from Pakistan. Through the Doha deal, the Taliban were able to increase its legitimacy and heft. Not only did it engage with the United States on an equal footing but also managed to keep the Afghan government out of the process and convince the United States to commit to withdrawing troops from Afghanistan. For the United States, ceasefire and intra-Afghan dialogue were not as important as receiving counterterrorism guarantees from the Taliban were.

With the withdrawal getting nearer, the Taliban gained more confidence. In an interview with The New York Times, Pakistan’s Prime Minister Imran Khan talked about Pakistan’s minimal capacity to pull the plug on the Taliban. He said: “Given that the United States gave a date of withdrawal, from then onward, our leverage diminished on the Taliban. And the reason is that the moment the United States gave a date of exit, the Taliban basically claimed victory.” With the Americans all but leaving and the Afghan political dispensation crumbling, the Afghan theatre was the Taliban’s to lose. In such a scenario, Pakistan did not need to play a decisive role in the Taliban’s colossal success. That the Taliban successfully negotiated with Washington, by and large, on its own is reason enough to underscore how Islamabad does not have the clout to catapult the Taliban from a position of weakness into that of total dominance. The Taliban were buoyed when the United States changed its status from a pariah entity to a political and military force in Afghanistan. It was further bolstered by the fact that the Ghani-led Afghan government was enfeebled and in disarray. Certainly, Pakistan cannot be faulted on both these counts. Even if claims of Pakistan’s alleged espousal and role are taken at face value, the Taliban didn’t need any sort of support when the trophy was there for the taking. Hence, Pakistan is not the actor that provided the Taliban diplomatic space at the global level.

Last but not least, Pakistan has not choreographed the Taliban’s march to Kabul because it is not in its interests to see the group rule the roost all alone in Afghanistan. Pakistani officials, especially Khan, have laid emphasis on why only an inclusive government in Afghanistan can increase the prospect of peace and stability in Afghanistan and the region. Khan has repeated that no faction, all by itself, can control Afghanistan while arguing that a civil war could emanate from the absence of an acceptable, credible, and multi-party government in Afghanistan. With a view to playing its part in cajoling Afghanistan’s political forces to chart out their country’s future, Pakistan has engaged with all political heavyweights in Afghanistan, regardless of their relations with, or views about, Islamabad. Interestingly, days after the Taliban took control of Kabul, Pakistan hosted a delegation of Afghan leaders, including those who are busy putting up a fight against the Taliban in the famous Panjshir valley. Pakistan’s desire to see an inclusive government in Afghanistan is grounded in the fact that the exclusion of important Afghan stakeholders would not put a lid on violence and instability, something that would exacerbate Pakistan’s own security challenges while hurting its bid to establish trade and economic linkages with Central Asia and beyond. Therefore, contrary to popular belief, Pakistan is not gung-ho about the Taliban ruling Afghanistan sans other political actors. Also, as evidenced by its public disapproval of a military takeover of Kabul, Pakistan cannot be deemed as the one that engineered the Taliban’s blitz towards Kabul.

It is clear that Pakistan is not behind the Taliban’s seamless path to Kabul. The sudden disintegration of the ANDSF, coupled with Washington giving the Taliban the credence they so wanted, paved the way for its riveting triumph over the Afghan government. Pakistan was not responsible for either of these two factors that contributed to the group’s accomplishment. Moreover, Pakistan cannot be blamed for the Taliban’s reappearance in Kabul because it thinks that an Afghanistan not ruled by an inclusive setup is not in its interests.