Don Lemon Triggered by Trump Meme on CNN: 'This Is Literally Crazy' 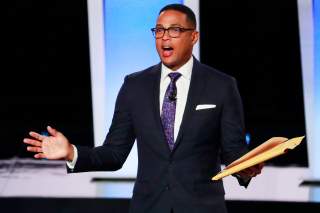 The meme shows the president superimposed as Thanos, a fictional character from the “Avengers” movies. Trump is “snapping” a number of Democrats, including House Speaker Nancy Pelosi, into oblivion.

“What are we, in junior high school? Like what the hell? What is this?” Lemon said Tuesday. “Like what — what? I cannot believe that I’m even having to report this on the news.”

Lemon appeared shocked by what he referred to as a “stupid, juvenile meme game.”

“This is crazy. This is literally crazy,” he continued. “Are you people insane? Are you insane? Go ahead, troll the Democrats on Twitter. Do this stupid, silly you know what. Play this stupid, juvenile meme game. History won’t record this meme stupid crap.”

House Democrats can push their sham impeachment all they want.