Donald Trump’s Twitter Tantrums Do One Thing Quite Well 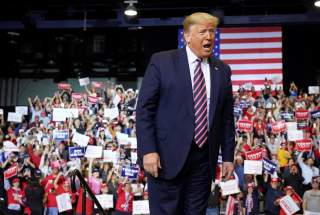 President Donald Trump has shown a unique ability to use Twitter as a way to connect directly with his followers.

His tweets show his supporters what he is thinking, directly and unvarnished. Less well appreciated, but apparent in our research based on new polling, is how Trump’s anger and its targets are quickly adopted and internalized by large numbers of his followers. What he says, they say. What he believes, they believe.

How is it that Donald Trump’s tweets have this kind of power? I contend that much of the explanation is in the power of memes.

Leaping from brain to brain

A meme is an idea, a catchphrase – “read my lips” – or even a tune or image that has grown into a cultural phenomenon. Richard Dawkins in “The Selfish Gene” called a meme “a new kind of replicator” which leaps from “brain to brain” with a speed that we humans have not seen before. Dawkins recognized that in the new millennium, within the “nutrient-rich culture” of the internet, memes spread virally.

The internet allows all kinds of misinformation to spread. There was, for example, the widely publicized story that a Jewish couple in Pennsylvania had to pull their child from school because they were blamed for the cancellation of the school’s holiday play.

Memes are not restricted to liberals or conservatives. But they can, I contend, help us understand the connection between Trump and his supporters. They explain the way falsehoods develop through conservative media, are amplified through his tweets and are replicated in the words and thoughts of his followers.

Intuitively, you may have suspected that this had been happening. But a unique type of poll from Penn State’s McCourtney Institute for Democracy allowed us to begin tracking the development and transmission of these memes.

How the poll works

Along with Eric Plutzer, the poll director and a professor of political science and sociology, I have been working for many years on the link between public opinion and public policy. The new McCourtney Institute’s Mood of the Nation Poll is a scientific internet-based survey conducted for us by YouGov that poses a series of open-ended questions to a representative sample of 1,000 Americans.

Rather than selecting from a predetermined set of answers, half of the sample was asked to tell us in their own words what in politics made them angry or proud. The other half was asked about what in the news made them angry or proud. Answers to both prompts are combined in this analysis. All respondents were also asked what, looking ahead, made them hopeful and worried. Their responses give us a unique opportunity to witness the ways in which the public is imitating Trump.

The most recent poll took place one week after Election Day in November 2016. This was in the immediate aftermath of protests that erupted after the election and which continued for several days at colleges, universities and major cities across the country. In response, just two days after his election, Trump tweeted:

The accusation that protesters were professional – in other words, paid – was false. As The New York Times reported less than two weeks after Election Day, the charge likely started with a single fake news tweet about protesters being bused into Austin, Texas.

Russia Today, which has been linked to Russian interference in the election, also falsely reported that post-election protesters were paid by Democratic-supporting billionaire George Soros. These reports went viral among conservative websites and were repeated on television by Kellyanne Conway and Rudy Giuliani.

Our poll shows these claims were also picked up by and spontaneously repeated by Trump’s supporters.

When we asked Trump supporters to tell us – without being prompted – what made them angry, one-third mentioned these protests. Another 11 percent mentioned the media. It is possible that the same people mentioned both; each response receives up to three codes.

That means that over 40 percent of Trump supporters were angry about exactly the issues raised in Donald Trump’s tweet. And the sources of their anger differs quite dramatically from that of Hillary Clinton’s supporters, who were overwhelmingly angry at Donald Trump, not at all angry at protesters and in only a very few cases (less than 2 percent) angry at the media.

These voters had a remarkably similar take on these protests, using words that reflect directly on Trump’s tweets. Many respondents mimicked the idea that the protests were not spontaneous, but rather the result of professional organizing and a complicit media.

A 33-year-old Pennsylvania Democrat who voted for Trump vented his anger at the “The anti Trump protests! This makes me sick because I have seen proof that they are PAID probably by the Clinton admin or Obama. I’m sure not all of them but a good amount…”

Indeed, some of the Trump supporters who were angry at the protesters explicitly blamed financier George Soros. One 71-year-old woman from Texas brought many of these ideas together when she said she was angry at “the continual spin about the ‘protesters’ being ‘afraid.’ Many of them are PAID agitators from the DNC or SOROS orgs.”

It is worth noting that within a day Trump sent out another tweet that was far more magnanimous, praising the protesters for their “passion” and predicting that “we will all come together and be proud.”

It is early in the Trump administration. We do not know if he will continue to tweet as frequently, nor if his tweets will continue to convey such anger. But if they do, we are confident that his followers are likely to stay angry too. And therefore we are unlikely to see movements toward national unity that were more in evidence after other presidential elections.