Donald Trump Could Learn A Thing Or Two From George Washington 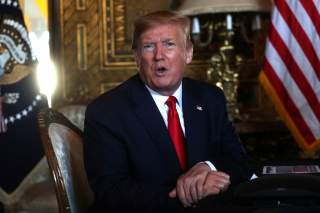 Key point: The American government should emphasize the interests of its own people.

Even the most outrageous events have lost their power to shock Washington. Saudi Arabia’s crown prince—a supposed reformer who jails opponents, shakes down wealthy countrymen and prolifically kills civilians in an aggressive war—claimed that Jared Kushner, the president’s son-in-law, was “in his pocket.” Indeed, Kushner supposedly turned over the names of the de facto Saudi ruler’s critics, who were later arrested and jailed.

That’s not treason, exactly. But it is shameful, disgusting and grotesque—and, if true, should result in Kushner’s defenestration from any position of responsibility in the Trump administration. There is no obvious personal financial interest at stake, though questions have been raised whether he supported Riyadh’s blockade against Qatar because the latter refused to provide financial support for his real-estate firm. More likely, his stance reflects an unseemly friendliness toward a particular dictator, a warped belief that the two governments are uniquely linked.

Which actually is more dangerous than personal corruption.

It is a danger about which outgoing President George Washington warned in his 1796 farewell address. His words reflected the highly volatile and hostile politics of his day. And his advice obviously reflected America’s relatively weak international power position.

Still, Washington’s message had broader import, and offers important lessons for today. He argued that “nothing is more essential, than that permanent, inveterate antipathies against particular Nations, and passionate attachments for others, should be excluded; and that, in place of them, just and amicable feelings towards all should be cultivated. The Nation, which indulges towards another a habitual hatred, or a habitual fondness, is in some degree a slave. It is a slave to its animosity or to its affection, either of which is sufficient to lead it astray from its duty and its interest.”

Both sides of the equation are important. Explained the nation’s first president, “Antipathy in one nation against another disposes each more readily to offer insult and injury, to lay hold of slight causes of umbrage, and to be haughty and intractable, when accidental or trifling occasions of dispute occur. Hence frequent collisions, obstinate, envenomed, and bloody contests. The Nation, prompted by ill-will and resentment, sometimes impels to war the Government, contrary to the best calculations of policy.”

As a result, the federal government sometimes “adopts through passion what reason would reject; at other times it makes the animosity of the nation subservient to projects of hostility instigated by pride, ambition, and other sinister and pernicious motives. The peace often, sometimes perhaps the liberty, of Nations has been the victim.”

A number of states might fit into this category: Iraq, Russia, China, North Korea, Iran and Syria, to start. None are innocent; all have acted badly. However, there is no inherent reason for constant confrontation and conflict between the United States and any of them. Yet more than a few American policymakers seem determined to treat them as enemies, almost irrespective of interest or behavior.

Indeed, America’s official enemies list is in part determined by its “passionate attachments” for other states. And Washington warned us that “likewise, a passionate attachment of one Nation for another produces a variety of evils. Sympathy for the favorite Nation, facilitating the illusion of an imaginary common interest, in cases where no real common interest exists, and infusing into one the enmities of the other, betrays the former into a participation in the quarrels and wars of the latter, without adequate inducement or justification.”

Out of that come “concessions to the favorite Nation.” Moreover, “it gives to ambitious, corrupted, or deluded citizens (who devote themselves to the favorite nation), facility to betray or sacrifice the interests of their own country, without odium, sometimes even with popularity; guiding, with the appearances of a virtuous sense of obligation, a commendable deference for public opinion, or a laudable zeal for public good, the base or foolish compliances of ambition, corruption, or infatuation.”

Many countries fit this description. Saudi Arabia, and its companion, the United Arab Emirates. Israel, Turkey and Greece. States across central and eastern Europe. In fact, the description applies to almost any nation that enjoys the loyalty of a large and active domestic population whose ancestors came from afar.

Washington emphasized the danger to domestic institutions. He warned: “As avenues to foreign influence in innumerable ways, such attachments are particularly alarming to the truly enlightened and independent Patriot. How many opportunities do they afford to tamper with domestic factions, to practice the arts of seduction, to mislead public opinion, to influence or awe the Public Councils! Such an attachment of a small or weak, towards a great and powerful nation, dooms the former to be the satellite of the latter.”

Policy today bears out Washington’s fears. The Obama and Trump administrations both have essentially sacrificed America’s interests to those of Saudi Arabia. The American government has adopted Riyadh’s antipathy toward Iran as its own. Yet despite Tehran’s odious regime, Iran long has been a more liberal society, with greater, if reluctant, social freedom; tolerance of non-Muslim faiths; and elections that, though imperfect, actually affect government policy.

Moreover, Saudi Arabia is a highly destabilizing power, having launched an aggressive war in Yemen, backed dictatorships in Bahrain and Egypt, supported radical insurgents in Syria and, last fall, kidnapped Lebanon’s prime minister. Now, it seems, in the name of friendship, influential Americans are directly aiding the emerging Saudi dictator. (The crown prince denied the latest revelations, saying, “We work together as friends, more than partners.” President Trump said, “The relationship is probably the strongest it’s ever been. We understand each other.”)

While there were several reasons for the firing of Rex Tillerson as secretary of state, the United Arab Emirates undertook an expensive campaign to win friends and lobby officials, and pushed for his ouster. From Abu Dhabi’s perspective, he was too evenhanded in the Saudi and Emirati blockade of Qatar. The Emirates even employed supporters of Israel to push their attack on Doha.

Turkey is another emerging dictatorship, with Recep Tayyip Erdoğan becoming a modern sultan. The right to dissent in Turkey has essentially disappeared, while Erdoğan is turning a secular state into an increasingly Islamist one. And his foreign policy has turned toward Russia, against Israel, toward Islamist perspectives and against American interests. The latest dramatic example is the intervention in Syria against Kurdish forces allied with the United States—and the threats to attack American troops cooperating with the Kurds.

Efforts to reconsider the relationship run into a wall of opposition, based on the claim that the U.S.-Turkey alliance remains important, even vital, despite the present ugly reality. And the administration abased itself in response to Turkish pressure, sacrificing its Kurdish allies, not only standing by as Ankara conquered Kurdish areas, but also agreeing to push friendly forces from other areas to satisfy Turkish dictates.

Worse, under apparent administration pressure, the U.S. Attorney for the District of Columbia, a federally appointed official, dropped charges against numerous Erdoğan bodyguards who during the Turkish president’s visit last year beat up peaceful American protestors. In this case, the U.S. government decided that the interests of its foreign “friend” were more important than the constitutional rights of its own citizens.

Similar attitudes are evident toward a number of other states. During the 2016 presidential campaign, Republican candidates competed in their support for the policies of Israel’s government, insisting that there could be no distance between the countries—despite their many important differences. As a result, Americans are perceived throughout the Arab world as endorsing and underwriting a brutal half-century occupation against millions of Muslims.

NATO expansion was driven by those whose family heritage came from central and eastern Europe. Those who long, and understandably, hoped for the liberation of “captive nations” then demanded that Americans guarantee the security of the newly freed states, even when doing so would put the United States at odds with a nuclear-armed power with a long memory. The fruits of this policy are evident in Ukraine today.

Taiwan, a democratic friend in a bad neighborhood, works assiduously to win support from the U.S. government for its security. Sixty-five years after the end of the Korean War, America maintains a garrison in South Korea, even though the latter enjoys a GDP some forty-five times that of North Korea and a population twice as large. Only a “passionate attachment” could explain such a military commitment that failed to change even as the world was transformed.

What unites these and other such cases is the sacrifice of U.S. economic and security interests for the benefit of other states that often consciously use a misguided official (in contrast to private) “passionate attachment” for their own ends. Rarely are cash-rich attempts to purchase influence enough, though. The most successful foreign efforts require something more, most often emotional and historical ties that disguise the lack of more basic, but important, common interests and values.

The answer is not national isolation—or even a blanket ban on military and political cooperation with other governments. Rather, said Washington, the United States should “steer clear of permanent alliances,” have with other states “as little political connexion as possible,” and not “entangle our peace and prosperity in the toils” of other nations’ “ambition, rivalship, interest, humor, or caprice.”