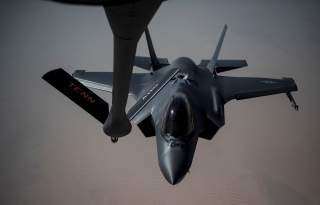 Key Point: These are not the sights and sounds of a rising great power in the Middle East, but rather of a country struggling to field a modern military, attract top-tier talent and stabilize its currency.

Here is something you may have missed amidst the incessant chatter about a possible military confrontation in the Persian Gulf: Iran is far less powerful and scary than the innuendo in Washington, D.C. would have you believe.

This will likely come as a surprise to many Americans, many of whom are saturated with self-professed “experts” on cable news, the editorial pages, and the think tank circuit waxing ad-nauseam about how the Islamic Republic of Iran represents a danger to the world. Listening to Secretary of State Mike Pompeo, you would be forgiven for believing that the Iranians are a few short years away from sweeping the entire Middle East like Alexander the Great rampaged through the Asian continent. Speaking to Margaret Brennan on Face the Nation last Sunday, Pompeo remarked that Iran was “operating in five countries,” as if those countries were distant colonies taking direct orders from the ayatollahs thousands of miles away. Taken in the extreme, modern-day Iran is perceived as the 21-st century version of the Persian Empire, a military juggernaut biding its time before it quickly swallows up territory and plants its flag across the Middle East.

The reality, however, is far different.

Iran is not a 10-foot tall giant it’s so often portrayed. It has neither the hard power, wealth, partners, or frankly ability to perform what would be a magic act. For all the attention and resources Washington places on Tehran, the country is nothing but a middling, albeit paranoid, power.

U.S. officials make a big deal about the Islamic Revolutionary Guard Corps, for understandable reasons. The man at the top, Gen. Qassem Soleimani, is a wily and opportunistic leader and a capable military tactician. The Quds Force, the IRGC’s overseas operating arm, saved Syria’s Bashar al-Assad from becoming the next Muammar al-Qaddafi. The organization has American blood on its hands, having supplied weapons, cash, and explosives to Shia militias in Iraq and the Taliban in Afghanistan. Hezbollah in Lebanon, Palestinian militant groups in Gaza, and the Houthis in Yemen would be far less capable today if Iranian cash wasn’t flowing into their coffers. And while the final conclusions of this month’s drone and missile attack on Saudi Arabia’s oil infrastructure have yet to be published, there’s a good chance the IRGC was involved in some way.

But the rest of Iran’s military is a shell. Its conventional capability is a joke and anything but frightening. Iran’s air force is an ancient relic, hemmed in by U.S. sanctions and cut off from Western military technology. Their planes use parts from the 1970’s, equipment that is not exactly reliable in the event of a direct conflict. Iran’s rollout last year of a so-called 4th Generation aircraft was likely a 1970’s-version of the American F-5.

Ditto Iran’s Navy, which is essentially a collection of small boats that would be smoked out of the water if a war were to erupt. Iran spends a pittance compared to its rivals in the Gulf; according to figures compiled by the International Institute for Strategic Studies, the Gulf Cooperation Council’s cumulative military expenditures in 2017 were approximately eight times larger than Tehran’s.  Iranian officials know all of this already, which is why they continue to prize their asymmetric capabilities as the first line of defense.

Nor is Iran’s economy all that great. At $454 billion, Tehran has a GDP that is smaller than the U.S. state of Georgia. Seen another way, Iran’s GDP is roughly 2% of the total U.S. economy.  Saudi Arabia and the UAE, Iran’s fiercest competitors in the region, boast a combined GDP that is more than double what Tehran could even dream of having in the current environment.

These are not the sights and sounds of a rising great power in the Middle East, but rather of a country struggling to field a modern military, attract top-tier talent and stabilize its currency.

None of this is meant to excuse Iran’s bad behavior or wave away the threat it poses to its neighbors. The assault on Riyadh’s al-Abqaiq oil processing facility was a serious attack on Saudi Arabia and a visible demonstration of the Iranian government’s ability to respond to maximum pressure with maximum pressure of its own.

But Washington needs to start seeing the Islamic Republic for what it is—a regime whose power is derived more by capitalizing on the mistakes of its adversaries and less on traditional military or economic might.

Daniel R. DePetris is a columnist for the Washington Examiner and a contributor to the National Interest. This first appeared late last month.