Donald Trump Should Lift the Arms Embargo on Cyprus Now 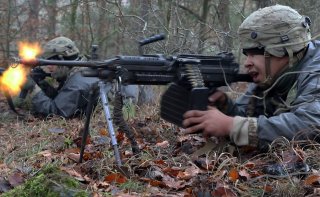 Turkish officials stated they launched the attack to defend Cyprus’ Turkish minority after a Greek-inspired coup sought to pave the way for Greece-Cyprus union. The Greek junta behind that plan fell three days after the initial Turkish invasion, however, and so the reason for Turkish intervention evaporated.

Nevertheless, 46 years later, at least 30,000 Turkish troops remain on the island, propping up the Turkish Republic of Northern Cyprus, the Turkish equivalent of the unrecognized Russian puppet states carved out of Georgia, Ukraine, and Moldova.  Whereas Israel, Egypt, and Lebanon all recognize Cyprus’ exclusive economic zone, Turkey rejects it in order to claim Cyprus’ resources for itself. The UN Security Council has repeatedly deemed the Turkish occupation of Cyprus illegal.

In 1975, Congress imposed an arms embargo on Turkey because of its actions in Cyprus; Turkey retaliated by abrogating the status of forces agreement and taking control of U.S. installations in Turkey, although U.S. troops operating on behalf of NATO could stay. Only in 1978 did Congress fully rescind the embargo.

In 1987, United States imposed a unilateral arms embargo on Cyprus, the stated goal of which was to reduce tensions between Greece and Turkey. It hardly worked that way, however, given Turkey’s continued supply of weaponry to portions of Cyprus it still occupied. After Defense Secretary Caspar Weinberger told a Congressional hearing that the United States permitted Turkey to station U.S. weaponry on Cyprus for defensive purposes, Greek Prime Minister Andreas Papandreou declared Weinberger ''provokes disgust among the Greek people.''

Greek frustrations at Turkey’s continued rotation of troops on the island and the constant provision of weaponry to them eventually led Cyprus to turn to Russia for S-300 missiles. That crisis—which saw Turkey threaten pre-emptive attacks on Cypriot military sites—was diffused when Cyprus agreed to trade the S-300s to Greece in exchange for other weapons systems. Tension and distrust were not unidirectional. Greece played hardball over U.S. bases, and the Pentagon was wary that both Greece and Cyprus were weak links through which East bloc intelligence agencies would access U.S. military technology.

There is normally great inertia to U.S. foreign policy; it is extremely difficult to get all levers of bureaucracy to shift gears and so, even in these polarized times, most policies continue on autopilot. Especially on areas that normally do not receive sustained presidential attention, there is also a pattern in which policies both arbitrary and temporary become ossified as administrations change and new personnel lacking deep experience in a subject inherit old files and maintain the status quo. So it has been with Cyprus.

In the years since the 1987 arms embargo on Cyprus, there has been a strategic reorientation in the Eastern Mediterranean. The Cold War ended. Democracy flourished in Greece while it receded in Turkey. Most importantly, both Greece and Cyprus advance regional security and stability. Under President Recep Tayyip Erdoğan, Turkey now occupies significant chunks of three countries, may seek to seize the Greek island of Kastelorizo, and openly turns its back on the 1923 Lausanne Treaty.

Whereas Cyprus was once an island the U.S. Sixth Fleet sailed past, it has become an indispensable ally in hours of need. In July 2006, the U.S. Navy used Cyprus as a staging ground to evacuate U.S. citizens from Lebanon against the backdrop of the Israel-Hezbollah war. Four years later, there was almost a repeat operation amidst fears that Hezbollah would collapse Lebanon if an international tribunal determined to hold Hezbollah to account for the murder of former Prime Minister Rafik Hariri. The U.S. Navy had to plan for a noncombatant evacuation operation to remove up to 60,000 American citizens from Lebanon. They relied on Cyprus.

Earlier this year, after a U.S. drone killed Iranian Qods Force chief Qassem Soleimani, the Pentagon rushed forces to the region in order to deter aggression, including aircraft carriers and amphibious ready groups. Once again, they sought to use Cyprus as a logistical hub. The irony here is that the U.S. Navy requested basic support from their Cypriot counterparts that authorities in Nicosia could not provide because they lacked equipment due to the U.S. embargo. The United States and Cyprus will soon conduct joint training.

Even against the backdrop of partisan polarization, a bipartisan array of congressmen and senators recognize both the injustice of the continued Cyprus arms embargo and how contrary it runs to U.S. national security and peace and stability in the Eastern Mediterranean. On these pages, the CATO Institute’s Doug Bandow wrote about the problem. Perhaps it had an impact. Several months later, Rep. David Cicilline (D-Rhode Island) introduced the “End the Cyprus Arms Embargo Act of 2019” and Robert Menendez (D-New Jersey) introduced a similar bill in the Senate. In December 2019, they became law as section 1250A of the FY2020 National Defense Authorization Act, in theory ending the three decades-long embargo on U.S. arms sales to the Republic of Cyprus.

Nevertheless, the arms embargo continues. President Donald Trump has asked Secretary of State Mike Pompeo to make the final determination. That was four months ago. Pompeo reportedly wants to use ending the embargo as leverage to pry Cyprus away from Russia. But Cyprus already has moved in that direction, especially with regard to curtailing its past problems with money laundering. Further delay does not preserve the status quo in the Eastern Mediterranean; Turkey has made that untenable. Indeed, as Turkey not only continues its occupation of Cyprus, but also seeks to steal its resources, threatens Greek islands, and makes expansive claims that upend existing security arrangements involving Lebanon, Egypt, Israel, and Greece, it is time to act.

Every day the arms embargo remains in place undermines U.S. national security, undercuts the deployed U.S. military, and signals to U.S. allies that Washington is unreliable.