Don't Count Me Out: The Navy's Littoral Combat Ship Now Has The Naval Strike Missile 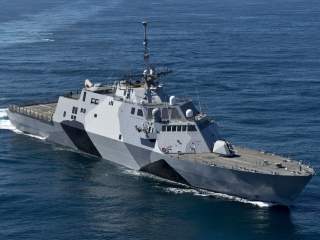 Key point: The Naval Strike Missile will give the LCS a needed range upgrade.