Don't Doubt That China Is Now a First-Class Super Power 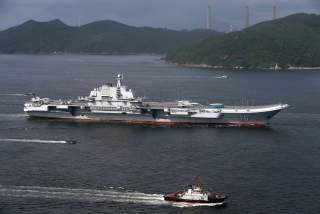 Key point: China has many modern weapon systems such as drones and hypersonic missiles. America is keeping a close eye on Beijing's continued modernization.

Sébastien Roblin holds a Master’s Degree in Conflict Resolution from Georgetown University and served as a university instructor for the Peace Corps in China. He has also worked in education, editing, and refugee resettlement in France and the United States. He currently writes on security and military history for War Is Boring. This first appeared in October 2019.