Don't Even Think About It: Why No One Wants to Fight Israel's Army 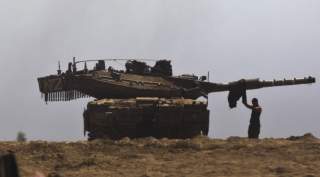 Small in size, but that doesn't matter.

(This first appeared in 2015 is being reposted due to current events.)