Don't Forget That in 2019, Turkey Threatened to Close a U.S. Base That Hosts Nuclear Bombs 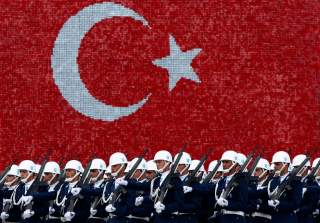 Key point: Ankara isn't happy with Washington or Brussels. One clear way to signal a further break in relations would be to kick out American forces and nuclear weapons stationed in Turkey.