Don't Get Your Hopes Up For The New Dune Movie Remake 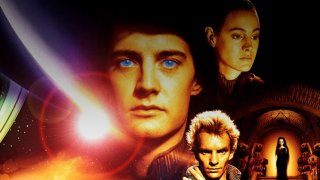 Key point: We’ll have to hope it has terrific special effects and a music score equal to what John Williams produced for Star Wars.

True story. Years ago, even before dudes wanted a Dell, a gaggle of Army generals gathered to ponder how to integrate computers into military operations. One prefaced his prognosticating by admitting to being a “Trekkie,” having grown up watching the 1960s TV-series. He went on to talk about the future of warfare as though they would all be Captain Kirks firing photon torpedoes from the command deck.

Science fiction and the future have a messy relationship. Much science fiction either meditates on the present or mines the past. The technology may be mundane (taken from the pages of Popular Mechanics) or magical (casting aside the laws of physics).

Since it’s often not really about the future, using science fiction to plan the land of tomorrow is life imitating bad art. Yet, good science fiction, like all good fiction, can tell us much. We should not ignore the entire genre.

Which brings us to the new film version of Frank Herbert’s classic 1965 sci-fi novel Dune, slated to come out later this year.

This sprawling story first hit the silver screen in 1984. It was a mind-numbingly bad adaptation. Then came two so-so TV mini-series: Dune (2000) and Children of Dune (2003). The latter was largely inaccessible to those who had not already read the books.

Will Hollywood’s latest try be a hit or a flop? Time will tell if it’s the next Star Wars (1977) or just another Jupiter Ascending (2015).

The makers of this Dune start with a serious advantage. The original book sparked decades of writing by the author, his son and a co-author. At last count there are about 18 books on the Dune universe spanning from when humans started to exploit space travel to their scattering to the ends of the universe. The original Dune book sandwiches somewhere in the middle of the story. Thus, the screenwriters start with the advantage of understanding the whole saga, being able to reflect and foreshadow on everything that ever happens. This would have been like George Lucas starting Star Wars knowing who Luke’s father was.

The history of Dune is particularly important. The past turns out to be a vital driving force in Herbert’s version of science fiction. Technology is a bit player. There are no robots, no computers, and a lot of sword play. That is because of a much earlier event called the Butlerian Jihad, when humans destroyed all the “thinking machines.” No Terminators (1984) here.

The lack of advanced weaponry significantly impacts the nature of governance and war in the Dune universe. Great houses compete for power using weapons of intrigue like spying, disinformation, diplomacy, double-dealing, assassination, and troops that look suspiciously like special forces.

Contemporary audiences may relate more to Dune than Cold War audiences identified with the original novel. The interstellar politics of Dune feel a lot like the geopolitics of our age of “great power competition.”

The environment is also a key component of the Dune mythology. That, too, should resonate given our own debates over climate change.

And, like the world of Dune, everyone is fighting over the great substance that controls the universe. In Dune it’s called the “spice melange”—a drug necessary for space travel that is a billion times more powerful than opioids on steroids. In our world, it’s data. The power that can collect, analyze, manipulate, and exploit the most data is on its way to becoming the master of our universe.

Here is the big disconnect between us and Dune. Our future is inextricably intertwined with technology. Unless the screenwriters can figure out how to bridge that divide, Dune will be no more relatable than the dragons in the Game of Thrones.

In the real world, how we handle technology could dramatically impact the course of great power competition. If those challenges are woven into the film, it might well provoke some serious thinking about our future—making the movie truly great science fiction.

Otherwise, we’ll have to hope it has terrific special effects and a music score equal to what John Williams produced for Star Wars. Lacking that, Dune is destined to be another crashing bore, because the actual characters in the story are not very relatable or likable.