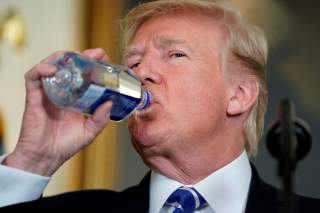 The Tsarnaev brothers who committed the Boston Bombing in 2013 were born in Kyrgyzstan. Their family claimed asylum in the United States when the brothers were young children. They murdered five people in the Boston Bombing and during the subsequent manhunt. The only other deadly terrorist was Emanuel Kidega Samson from Sudan who murdered 1 person in a shooting in 2017. Like the Tsarnaevs, Samson immigrated to the United States as a child and likely entered on a green card (there is some uncertainty about this). Samson is the only one on this list who entered on a green card. The Tsarnaevs entered as asylees.

The eight other terrorists from those countries didn’t kill anybody in attacks on U.S. soil. Munir Abdulkader is from Eritrea (although his mother claims that he was born in the United States) and he was arrested while plotting an attack in Ohio in 2016. Umar Farouk Abdulmutallab, more commonly known as the underwear bomber, was a Nigerian on his way to the United States in 2009.

Siddig Ibrahim Siddig Ali, Tarig Elhassan, Fares Khalafalla, Amir Abdelgani, and Fadil Abdelgani were all Sudanese terrorists involved in incompetently‐​planned plots during the 1990s. The last terrorist was Antoun Stamboulis, a student from Sudan who was involved in a bizarre plot to kidnap Minnesota Governor Al Quie in 1979.

The hazard posed by terrorism is real, but the terrorist threat from the six countries on the new travel ban list is small. There is no national security justification for the new immigration ban. If this ban was in place before, at most it would have prevented a single murder in a terrorist attack.

This article by Alex Nowrasteh originally appeared in the CATO at Liberty blog in January 2020.