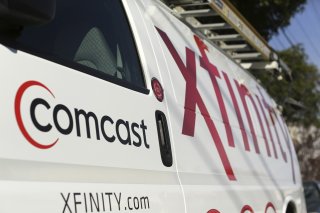 Comcast’s reputation has never been the greatest, but in its foray into the Wi-Fi 6 universe, it should be applauded for setting the bar high with the xFi Advanced Gateway.

This particular Gateway, now in pristine white (previous generation was black), can support Wi-Fi 6 (synonymous with 802.11ax), which has been shown to achieve wider coverage and eye-opening wireless transfer speeds as high as 1,500 Mbps, or 1.5 Gbps -- about 60 percent faster than Wi-Fi 5.

But what Wi-Fi 6 really excels in is its ability to handle multiple devices. Today, with the constant use of an array of smartphones and tablets to laptops and home security systems, many of the older routers have a hard time keeping up.

Moreover, if you choose to utilize xFi Pods, this setup can build a mesh network that provides stronger Wi-Fi signals all throughout a home.

It hasn’t, however, been all smooth sailing for Comcast’s new router. Such as in this particular review (from our very own Executive Editor), some customers have complained that they have lost all semblance of consistency when it comes to download speeds. Even on a gigabit plan with Xfinity, you can get 800 Mbps on some days and 300 to 500 Mbps on others. Interestingly, some pointed out that the older routers did not suffer from such issues.

In addition, wireless connectivity took a big hit, especially if you live in a multi-floor home. Smart TVs and cell phones would take seconds to connect and streaming in high-end quality was nearly impossible. Even toggling between 2.4 and 5 GHz bands did little to assuage the problem.

Yes, hiccups are expected in newer generations of devices, and what matters now is how to smooth out these hiccups. If that can successfully happen, there is no reason why the xFi Advanced Gateway can’t compete with other Wi-Fi 6 routers out there.

On a more positive note, if you lease a Gateway, you’ll also receive at no extra charge Comcast’s xFi Advanced Cybersecurity, which offers additional security protections for your network. It’s indeed a nice perk because as we all know, you can never be too careful when accessing the internet via Wi-Fi.