Don't Tell Anyone, But Israel Has Nuclear Weapons 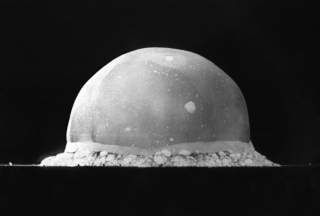