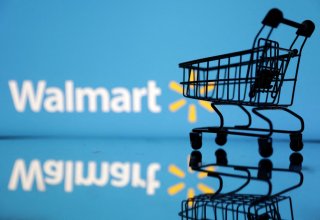 According to CNBC, this caused the company’s shares to fall, along with those of some of its competitors, such as Amazon and Target. Target has also slashed its forecast for the quarter. Walmart is set to release its quarterly earnings on August 16.

“The increasing levels of food and fuel inflation are affecting how customers spend, and while we’ve made good progress clearing hardline categories, apparel in Walmart U.S. is requiring more markdown dollars. We’re now anticipating more pressure on general merchandise in the back half; however, we’re encouraged by the start we’re seeing on school supplies in Walmart U.S.” Doug McMillon, Walmart Inc. president and chief executive officer, said in the announcement.

While it wasn’t a direct cause of the lowered outlook, Walmart was sued in late June by the Federal Trade Commission (FTC), which alleged that the retail giant had allowed its money transfer services to be used by fraudsters. The suit was filed in the U.S. District Court for the Northern District of Illinois.

The FTC said that Walmart “turned a blind eye while scammers took advantage of its failure to properly secure the money transfer services offered at Walmart stores, by not properly training employees, by failing to warn customers, and by allowing procedures “that allowed fraudsters to cash out at its stores.”

“While scammers used its money transfer services to make off with cash, Walmart looked the other way and pocketed millions in fees,” Samuel Levine, director of the FTC’s Bureau of Consumer Protection, said in the agency’s announcement of the lawsuit. “Consumers have lost hundreds of millions, and the Commission is holding Walmart accountable for letting fraudsters fleece its customers.”

The FTC had voted three to two to proceed with the suit. “Walmart is well aware that telemarketing and other mass marketing frauds, such as “grandparent” scams, lottery scams, and government agent impersonator scams, induce people to use Walmart’s money transfer services to send money to domestic and international fraud rings,” the text of the suit says.