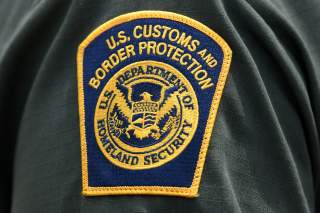 Governor DeSantis has been pushing Florida’s legislature to enact an E‑Verify mandate for all new hires as a way to “turn the spigot off the incentive that drives illegal immigration,” as state Senator Joe Gruters said.

So far, state legislators have resisted his efforts and watered down any potential bill that could pass—exempting some small businesses and agriculture. There was then a fierce debate over the exemptions and whether they should stand as the legislature has decided to pause briefly. The compromise bills are better than a mandate, but E‑Verify should be rejected outright.

E‑Verify is a federal system that checks the identity documents of new hires, even Americans, against government data to guarantee that they are legally eligible to work. If they are illegal immigrants, the businesses have to fire the new hires. In theory, E‑Verify is supposed to keep businesses from hiring illegal immigrants. In reality, it doesn’t work and, in the process, harms American workers.

We know this because of what’s happened in some states. E‑Verify is just a federal program that isn’t required nationally, but some states like Alabama, Arizona, Mississippi, and South Carolina mandated it for all new hires. Arizona was the first to do so in 2008. Rich Crandall, a Republican former state Senator from Mesa, Arizona, said that E‑Verify “was promised as the silver bullet to immigration problems. E‑Verify was going to solve our challenges with immigration.”

Instead of a silver bullet, E‑Verify turned out to be a misfire for many reasons.

First, an E‑Verify mandate would require everyone to ask permission from the federal government to get a job—even American citizens. This is a step too far. Getting a job is hard enough. Adding another layer of approval from Washington, D.C. is too much.

Last August, the federal government raided and detained 680 illegal immigrant workers, eventually letting 300 go, at several Mississippi plants. But zero workers in Mississippi were supposed to be illegal immigrants because Mississippi had a universal E‑Verify mandate just like the one proposed by Governor DeSantis.

But many businesses are also adept at getting around E‑Verify. The easiest way is to just not use it. In Mississippi, for instance, only about half of all new hires were even run through the system even though 100 percent were supposed to be. E‑Verify use rates in the other mandated states aren’t much better. Since the Florida bill exempts small businesses, larger ones can get around the mandate by subcontracting with smaller firms that don’t even have to use E‑Verify.

And that doesn’t even include the firms that check documents and try to follow the law—which is most of them. The government can’t expect businessmen to be experts at identifying fake IDs as not every business is a liquor store, a bar, or a nightclub. Businessmen are busy running their businesses. Perhaps the government should send bureaucrats around to check the authenticity of documents that it issued to enforce its own laws? Businesses shouldn’t be saddled with that.

E‑Verify is an unnecessary regulatory burden that will cost some Americans their jobs. Even worse, it won’t stop illegal immigrants from getting jobs in Florida, as the failure of E‑Verify mandates in other states show. With all pain and no gain, the Florida legislature has every reason to reject E‑Verify. President Trump has seen through E‑Verify’s failures and abandoned it—Governor DeSantis and the Florida state legislature should too.

This article by Alex Nowrasteh first appeared at CATO.