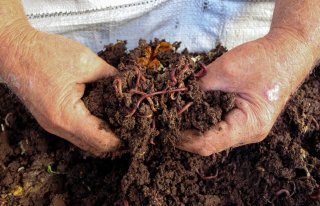 President Volodymyr Zelenskyy said that he would back resuming Russian ammonia exports through Ukraine only if Ukrainian prisoners of war (POWs) were released. This is a non-starter for several reasons, not the least of which is that Ukraine too would earn substantial fees from transporting the ammonia. While it may have been a calculated statement with ulterior motives, the resumption of ammonia exports would help that part of the world and reduce the effects of the global food crisis that is just beginning.

Fritz Haber’s development in the early twentieth century of the process to synthesize nitrogen from the air was phenomenal. This reliable source of cheap ammonia, the best nitrogen fertilizer, has been one of the major drivers of the doubling of the human population over the last fifty years. Indeed, it has been estimated that half the nitrogen in our bodies was created by the Haber-Bosch process.

Three-quarters of the cost of producing ammonia is natural gas, to whose price it is highly sensitive. As natural gas prices have spiked over the last year, particularly in Europe, so too have ammonia prices, more than doubling above pre-Covid levels. Although prices have eased some of late, they remain elevated. Farmers have no choice but to pass these costs onto consumers or simply use less fertilizer leading to lower crop yields, and thus higher prices—the same outcome. Because of rising fertilizer prices, coupled with spiking diesel, gas and electricity costs, food prices are much higher than even during the Arab Spring that caused hundreds of thousands of deaths and millions of refugees to flee to Europe. 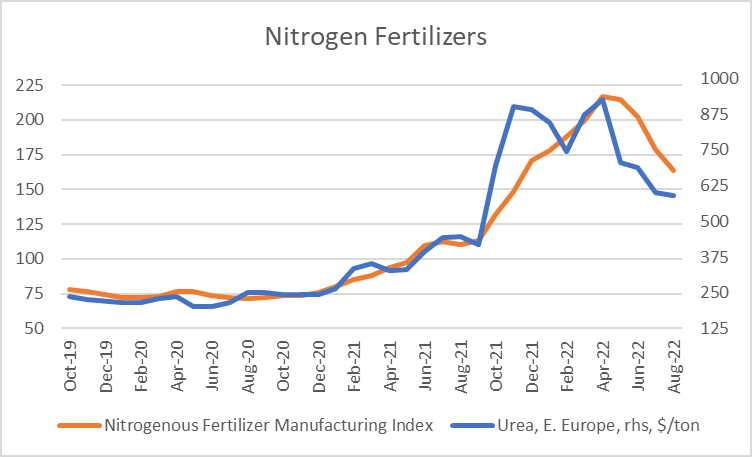 Ammonia production is usually located near gas production, given its importance in the cost structure. In 1979, the world’s largest ammonia plant was launched in Tolyatti, on the banks of the Volga River, with a 1,500-mile ammonia pipeline, the world’s longest, to Odessa, on the Black Sea. This technological marvel, which has the capacity to transport 2.5 mn tons of ammonia annually, was a joint venture between the USSR and Armand Hammer’s Occidental Petroleum.

After the demise of the USSR, the plant and Russian half of the pipeline were privatized under somewhat contentious conditions and at valuations that may have been below market. The Ukrainian half of the pipeline and port facilities in Odessa remain owned and operated by the government, although it seems that numerous oligarchs, managers, and bureaucrats have reaped economic benefits from them. Plus ça change, plus c’est la même chose: the ammonia continued to flow for thirty years until the escalation of hostilities in February.

The pipeline could be brought back online if all parties guarantee its safety. Breathing anhydrous ammonia is lethal: In 2013, while performing maintenance on a spur of the main pipeline in Gorlovka, six workers died. Since a single artillery shell hitting the pipeline could take out an entire village, depending on wind and weather, extreme caution is required, and no military assets can be anywhere close to pipeline facilities. (It is worth noting that thus far, no major oil or gas pipelines in the conflict zone have been hit. There is fighting near the pipeline, particularly in the Mykolaiv region, but no reports of damage.)

Furthermore, after what appears to be a deliberate attack on the pan-European Nord Stream 1 and Russian Nord Stream 2, the pipeline would need to be safeguarded. Whereas few nations have the means and opportunity to attack a pipeline at a depth of 70 meters, sabotaging an above-ground pipe is relatively easy.

While not a cure to all the world’s ills, more ammonia means more food and thus less global hunger—unequivocally a good thing. Leaving aside the death and destruction that Russian and Ukraine are inflicting on each other, to cause starvation and death in countries that are not involved in the war is cruel and immoral.

To avoid even the suggestion of war profiteering, all profits from the production, transportation, and exportation of the ammonia could be diverted to a trust fund, administered by a third party with no relation to the conflict and no history of seizing foreign assets without due process, to help rebuild damaged areas after the cessation of hostilities. The finances and operations of the ammonia assets must be meticulously audited, to avoid even a whiff of impropriety.

The timing of resumption of Russian/Ukrainian ammonia exports could not be more auspicious: Currently, some 13 mn of 19 mn tons of total European ammonia capacity has been shut down due to high gas prices. These 2.5 mn tons, which represent about 13 percent of global seaborne ammonia, would help increase crop yields and thus decrease hunger and starvation. 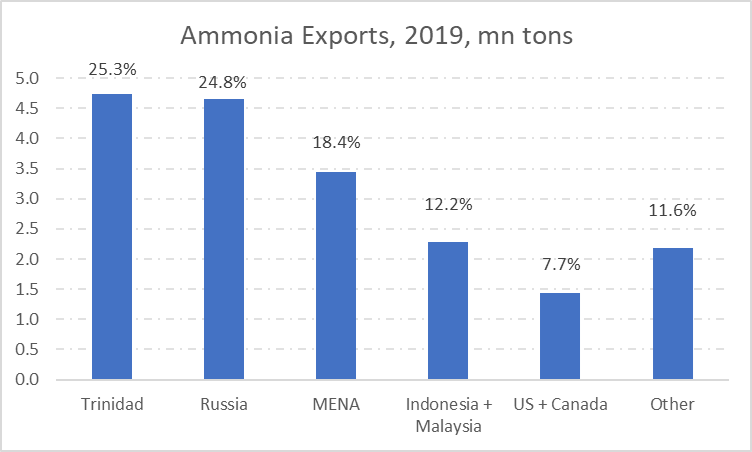 Still, resumption of joint ammonia exports would be a step in the right direction, albeit a small one, towards increasing dialog between the parties and ending the conflict. Also, it would alleviate much suffering, especially in the developing world.

Let us hope that this is not just a pipe dream.