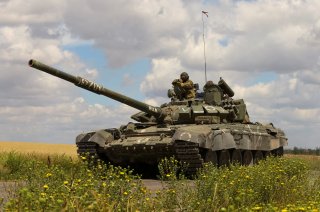 In addition to the well-reported military dimension of the war in Ukraine, there is another critical, less discussed element of the campaign: economics.

Pentagon officials are now reporting that widespread economic sanctions are taking a sizable toll on the Russian economy. During a recent briefing, officials detailed a number of specific consequences of the sanctions.

A senior Pentagon official noted that “in terms of Russian domestic failures, export controls that have been imposed on Moscow by the United States, partners and allies around the world are just now starting to have an effect.”

According to a Pentagon report, 1,000 multinational companies have now suspended operations in Russia, while inflation in Russia is “rising up to 20 percent” and the Russian stock market has lost one-third of its value. The report added that “[m]ajor Russian state-owned companies have lost 70-90% of their market capitalization”

“This is just the beginning of the impact of these sanctions," a senior Pentagon official added.

The economic pain caused by sanctions has several substantial implications for the Russian military. With limited funding, the Russian military will struggle to replenish its ammunition stockpiles, provide supplies and weapons to its forces, or quickly reconstruct damaged areas. In the event that the conflict continues for years, which is now increasingly likely, reduced funding will impair Russia’s ability to fund research for weapons innovation and produce new platforms. There is little question that this may further undermine Russia’s military efforts.

By contrast, the longer-term prospects for Ukraine are quite different, as there continues to be a steady flow of Western funding, weapons, and training. At a recent Ukraine Defense Contact Group meeting involving as many as fifty countries, the United States and a large number of like-minded allied nations pledged long-term support for the Ukrainian effort. With this in mind, Russia’s ability to mass, operate, and supply forces is likely to diminish, while Ukraine may face fewer economic hurdles.

At a recent briefing, a senior Pentagon official said even more aid is on the way to ensure Kyiv has a sufficient supply of ammunition and weapons. This aid may come in the form of radar systems to detect Russian missile strikes and more HIMARS missiles to attack launch points and Russian command and control centers.

“Regarding military support to Kyiv, DOD is consulting closely with Ukraine’s ministry of defense to ensure materiel, including ammunition, that they need is forthcoming. DOD is putting together another security assistance package that will address those needs,” the official said.