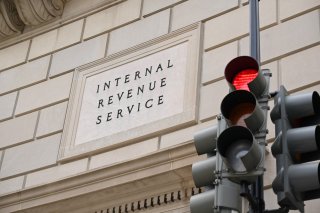 As the highly anticipated expanded child tax credits that were approved under President Joe Biden’s American Rescue Plan continue to head out to eligible Americans, some economists are now applauding this new stimulus due to its potential to boost economic growth and assist the country’s children.

“What I think makes this policy expansion both politically and economically feasible—and generally very good policy—is the fact that it’s targeted on families with children,” University of Maryland economist Melissa Kearney said in a recent interview on CNBC.

“Frankly, this is one of the best ways the federal government can and should be spending money from the perspective of social return,” she added.

Earlier this week, the Internal Revenue Service and the Treasury Department announced that $15 billion worth of child tax credits were disbursed to thirty-five million American families, including sixty million children. The average payment sent out came in at $423.

According to a White House statement, approximately 90 percent of all children in the country will see direct benefits from the monthly payments.

A recent report put together by the Annie E. Casey Foundation showed that a permanent expansion of the child tax credits has the potential to lift more than four million children out of poverty.

“Every child needs food, health care, and safe and stable housing. Millions of households with children already lacked these necessities before the pandemic,” the foundation writes. “To continue on progress already made on recovery, the foundation recommends: making the expansion of the federal child tax credit permanent; strengthening state and local policies affecting kids and families; and prioritizing racial and ethnic equity in policymaking.”

Kearney contended that separating the child tax credits from the U.S. tax code would greatly assist the nation’s low-income households. Then such a benefits program could be handled via the Social Security Administration.

“We could have a streamlined spending program that we could commit to in the federal budget, and then families wouldn’t have to do this really complicated dance of figuring out how this affects their overall tax credit, wondering whether they’re going to get this check just to have to pay it back,” she said.

“If we committed to this type of a child allowance, we could raise taxes in ways that could cover that without upending all of our existing social insurance programs, which essentially would be required for an actual universal basic income not targeted on children,” she added.

Cowen analysts also recently noted that the current rollout of the child tax credit will essentially amount to an estimated $150 billion in stimulus over the next year, saying that the extra cash injection will be “an underappreciated catalyst for discretionary consumer spend.”