Economy Killer: Why Heavily Taxing the Super-Rich Is a Bad Idea 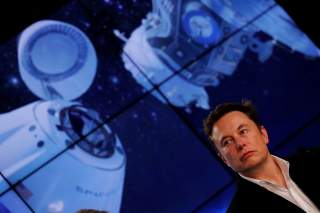 Key point: High taxes would have unintended consequences that would hurt the formation of innovative startups and harm the ability of successful CEOs to form new ones.

It’s not all homo economicus when it comes to highlighting the downside of hitting the superwealthy with big new taxes. My AEI colleague Michael Strain writes for Bloomberg Opinion that soak-the-rich policies can be unethical. “Progressive taxation is equitable if intended to raise government revenue. But it’s wrong to use it as a punitive weapon,” he writes. “The tax code shouldn’t be weaponized for the purpose of penalizing any minority. Not even the rich.”

That said, the economic risk of panoply of new or high levies on wealth, corporate income, personal income and investments might be considerable. Yet the progressive populist position seems to be that conceding any possible downside is inherently a bad-faith argument and makes you a tool of the oligarchy. They just don’t think it’s a biggie.

For instance: In their paper on the Elizabeth Warren wealth tax, economists Gabriel Zucman and Emmanuel Saez argue that a big wealth wouldn’t hurt American entrepreneurship and innovation since it would only affect wealthy business owners who have already built companies and are worried merely about “protect[ing] their dominant positions by fighting new competition.” And besides, super entrepreneurs aren’t really motivated by high levels of after-tax income. But as I recently wrote for The Week:

So here’s what Warren is asking America to believe: Under a Warren presidency, Washington would tax wealth in a way and at levels most other advanced economies have rejected. (Even Sweden, Denmark, Iceland, and Finland rolled back their wealth taxes in recent years.) But not just that. Warren also wants to sharply raise taxes on business profits, investment, and incomes overall. So kind of a lot. And despite all that big structural change, there would be no meaningful change to American private-sector innovation and investment? No change in the decision making or actions of Bezos and Gates? How can she be so sure?

OK, I’ll answer my own question: Warren can’t be sure. Here’s a great corrective from Greg Ip in The Wall Street Journal, which tries to get a handle on the real-world consequences of big wealth taxes.

For many billionaires, Ms. Warren’s taxes could easily eat up most if not all his or her returns. Founders would have to steadily sell off their holdings to pay their taxes, shrinking their stake. “To say you can’t have that wealth means you can’t own your company,” [economist Caroline] Freund said. [Yet the] founder is often a more successful and committed chief executive than an outsider. “They really, really care and need to have controlling interest to make decisions,” she said. Indeed, many billionaires use the wealth from one venture to start another: After selling Electronic Data Systems to General Motors, Ross Perot later used the proceeds to start Perot Systems. Mr. Bezos is selling Amazon shares to finance Blue Origin, his space company.

And does it really not matter how these fortunes get made? Not to the Warren wealth tax. But America isn’t like other countries. Far fewer of our billionaires got that way through political connections versus starting, building, and running companies, as this WSJ chart shows:

James Pethokoukis is the Editor of AEIdeas and a DeWitt Wallace Fellow.