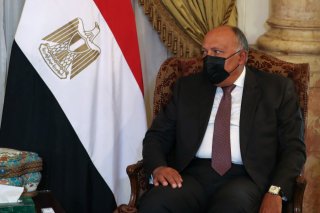 In November of 2021, Egypt’s Minister of Petroleum and Mineral Resources Tarek El-Molla announced that his government is ready to pump natural gas to Lebanon to meet its energy requirements in the first quarter of 2022. Such a deal may set the foundation for greater bilateral ties between Beirut and Cairo. It would also come at a critical moment for Lebanon considering its current economic and political crisis.

Egyptian president Abdel Fattah El-Sisi met with Lebanese prime minister Najib Mitaki in Cairo on December 19 to discuss the details of supplying Egyptian gas to energy-starved Lebanon. During the meeting, the Egyptian leader emphasized the importance of security in Lebanon and strengthening the power of Lebanese institutions. Indeed, the Arab world’s largest nation made clear that it is ready to enter a new chapter in its relationship with the Lebanese people.

Mikati returned the gratitude, expressing praise for Egypt’s efforts to organize and encourage international support, especially regarding Lebanon’s economic situation. He also lauded Egypt for its vital role in maintaining stability across the Arab world, citing Cairo as a “model” for others in the region to follow.

In the meeting, both heads of state reassessed their nations’ historic ties and searched for common strategies to lift Lebanon from its impoverished state. Additionally, a separate meeting with Lebanon’s former ambassador to Egypt, Ali Al-Halabi, was also on Mikati’s itinerary. These meetings were built on earlier efforts by Egyptian and Lebanese leaders to discuss how to assist the Lebanese, which later included the health sector to combat the spread of Covid-19.

Such assistance was originally proposed in September 2021 when Egypt’s Health Minister Hala Zayed spoke to Al-Halabi with a message from Egyptian officials that expressed interest in working to fix Lebanon’s bankrupt medical sector. The two also discussed ways for Cairo to ship necessary coronavirus vaccine doses to the Lebanese people. According to Zayed, Egypt’s notable capabilities in vaccination production and distribution made it an excellent partner regarding this latter point. Importantly, Zayed also identified Egypt’s capacity to send medical professionals to Lebanon—an important factor given Lebanon’s rapidly emigrating professional class.

Such attempts are a staple of earlier Beirut-Cairo cooperation. When Lebanon suffered a fuel tank explosion in the northern Akkar region on August 16, 2021, which killed twenty-eight people and injured seventy-nine, Cairo delivered aid and a medical team. The plane sent to Beirut reportedly carried 1.5 million tons of medical supplies intended for both the Akkar incident and wider public health requirements. Following the decision, Egyptian ambassador to Lebanon Yasser Alawi said his country stood “shoulder to shoulder” with Lebanon.

This humanitarian effort was well received by the Lebanese people and reflects the importance of friendship with the Arab world for Beirut. When Mikati formed the new government, he made promises to his people, the international community, and the region that he would prioritize reforms. As part of this plan, he has held several important meetings to restore Arab trust in Lebanon.

During one particular meeting with other Arab states, including Saudi Arabia, Mikati admitted that the Lebanese government has failed to live up to its word on transparency and anti-corruption reforms, explaining that these countries were right to be disappointed. Such statements appear to be in recognition of the importance of friends and allies to Lebanon’s survival.

Recognition of this point is critical today when considering that Lebanon’s crisis is the worst in 150 years according to the World Bank and can only be eased by actions from this new government. That said, Egypt has not hesitated to look beyond past failures of previous Lebanese cabinets and has not applied the same pressure for political reforms as the Gulf states.

This is important considering old and recent tensions between Beirut and traditional partners. Many Gulf states have cut ties with Lebanon, arguing it has not curtailed Hezbollah’s involvement in Yemen. From Egypt’s point of view, it is not interested in targeting any specific political party and insists on working with Lebanon without the condition of disrupting any of Hezbollah’s alleged regional activities.

This point cannot be understated. By accepting the current political reality of Lebanon, Egypt is being a reliable ally and can potentially achieve with diplomacy and economic engagement what the Gulf could not with its policy of isolation. Which is to bring Lebanon closer to the Arab World.