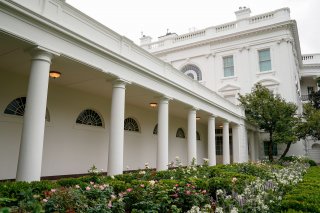 Beckel thought demonstrating statistics to prove Gore’s win could sway enough of the Bush electors to switch their votes since they were not legally bound.

The Wall Street Journal first reported that Gore’s team, “has been checking into the background of Republican electors with an eye toward persuading a handful of them to vote for Mr. Gore.”

Beckel, in an interview on Fox News on November 17, said: “I’m trying to kidnap electors. Whatever it takes.”

Beckel later explained what the Founders wanted. “The idea was that electors, early on, were to be lobbied,” he said.

Pro-Gore websites started popping up listing the names and contact information of Republican electors across the country, asking the public to barrage them with demands to vote for Gore and follow the will of the people.

Responding to the RNC chairman, Beckel said, “The Constitution gives me the right to send a piece of mail to an elector.”

It never made a difference. No electors shifted, but it did serve as another twist as the 2000 election story unfolded before the U.S. Supreme Court’s rulings on two questions delivered Florida’s electoral votes and the presidency to George W. Bush.