The Electoral College Will Never Make Everyone Happy 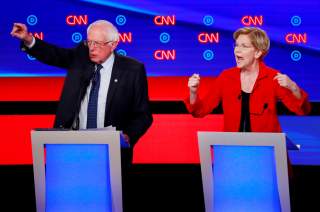 With the presidential election looming, worried observers of politics have already asked whether the Electoral College will again deliver a victory to the candidate with less than a majority of the popular vote.

This has happened in two of the last five presidential elections.

Critics like Vox’s Ezra Klein contend that this phenomenon is not only undemocratic, but also politically biased, because Republicans were the beneficiaries of both of these Electoral College hiccups. “American politics is edging into an era of crisis,” Klein writes.

But presidential elections – and the occasional hiccups like 2000 and 2016 – represent nothing less than the smooth working of the constitutional system’s allocation of power among the states.

I’ve studied elections and governmental systems around the world. No matter how fairly one tries to allocate political power, some state or someone will have a special edge from time to time. It’s unavoidable. But it’s not undemocratic.

A state’s Electoral College votes are the sum total of its seats in the U.S. Senate and House of Representatives.

That’s because all states, regardless of their populations, are guaranteed equal representation in the Senate with two seats each, as well as at least one seat in the House of Representatives.

Seats in the House are allocated through a formula called the “method of equal proportions.” (If you are a math nerd, you will love this formula.)

This is typical of any mathematical formula. The results are logical, but not necessarily appealing. In another year, with different populations, Montana might get that second seat and another state would cry “foul.”

The result is that voters in small blue states like Rhode Island and small red states like Wyoming have much more voting power per person in the House, Senate and Electoral College than their counterparts in, say, Texas, California or Montana.

To remedy some of the perceived unfairness, advocates for reform have called for a change to a national popular vote system for presidential elections or, perhaps, a proportional allocation of Electoral College votes within each state.

Such reforms might generate seemingly fairer presidential election results in the short run. But there is no simple, consistent way to allocate legislative seats among states of radically different sizes.

If the U.S. were to increase the size of the House, admit Puerto Rico or Washington, D.C. to the union as states, or perhaps split California into three states, the Electoral College debate would be rekindled, because each new state would be guaranteed three electoral votes.

Regardless of the number of states or the formula used to allocate legislative seats and Electoral College votes, some state will complain that it was shortchanged. In my view, this is the cost of operating as a nation that is composed of states, provinces or other smaller groups.

Other federal nations endure the same disparity of representation that favors smaller states.

In Spain, too, power is unevenly allocated. With nearly 180,000 people per representative in the Congress, people in Madrid and Barcelona have much less voting power per capita than the denizens of less-populated provinces such as Soria.

This demonstrates the complexity of organizing a democracy that ensures equality of individual voting power, but also allows smaller states or provinces to have a meaningful voice in the legislative process and the election of presidents.

In my view – and as federal nations around the world demonstrate – it is impossible to achieve both with perfection.

As the U.S. heads into the 2020 elections, I’d suggest that the public be wary of critics who call for “reforms” to the American electoral process but fail to put our process in a global perspective. They are often calling for a result that they prefer – not necessarily a better process.

Mark Rush, Professor of Politics and Law and Director of Center for International Education, Washington and Lee University