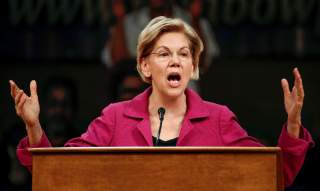 On Tuesday, Sen. Elizabeth Warren released more details to her proposal to transfer approximately $640 billion in student debt to taxpayers. With total student debt at about $1.6 trillion, and annual college tuition and fee increases outpacing inflation for decades, many Americans might welcome policies that seemingly make college more affordable, including student loan “forgiveness.”

The program would benefit many responsible students repaying their loans as scheduled. However, it would also reward students who used college as a consumption good (playtime) as opposed to an investment opportunity (acquiring skills), and those who borrowed for degrees they didn’t need, or degrees that delivered big earnings, like doctors and engineers.

Consequently, the transfer of student debt from those who took it on voluntarily to hard working taxpayers may not resonate well with those Americans who had to make difficult decisions regarding college affordability. Those who might understandably feel resentful are:

The broader message sent to all Americans is also not a good one, but one that discourages responsible personal finance. Why should you pinch pennies, minimize debt, and pay your bills when those who don’t get bailed out?

Policy should be geared toward encouraging and rewarding responsible behavior. This does the opposite.