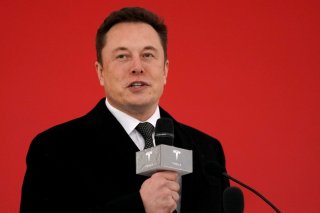 Less than a month after Elon Musk first made noises about acquiring Twitter, the deal is now happening.

Twitter announced on Monday that it had reached an agreement for Musk, the world’s wealthiest man, to lead the acquisition of the company, which will become privately held. Twitter’s board unanimously approved the deal. The deal comes just ten days after Twitter put in place a “poison pill” to prevent a takeover of the company.

“Twitter, Inc. today announced that it has entered into a definitive agreement to be acquired by an entity wholly owned by Elon Musk, for $54.20 per share in cash in a transaction valued at approximately $44 billion. Upon completion of the transaction, Twitter will become a privately held company,” the company said in a statement.

Musk announced last week that he had lined up financing for such an offer, and it was reported that the parties had been negotiating throughout the weekend.

The purchase price is 38 percent higher than what the company’s stock was trading at when Musk announced his purchase of a 9 percent stake on April 1.

"Free speech is the bedrock of a functioning democracy, and Twitter is the digital town square where matters vital to the future of humanity are debated,"  Musk said in the statement. "I also want to make Twitter better than ever by enhancing the product with new features, making the algorithms open source to increase trust, defeating the spam bots, and authenticating all humans. Twitter has tremendous potential—I look forward to working with the company and the community of users to unlock it.”

"Twitter has a purpose and relevance that impacts the entire world. Deeply proud of our teams and inspired by the work that has never been more important,” Parag Agrawal, Twitter's CEO, also said in the announcement. It is not clear whether Agrawal, who took over as CEO last year, will remain CEO following the deal.

The transaction is set to close in 2022, per the announcement, and is “subject to the approval of Twitter stockholders, the receipt of applicable regulatory approvals, and the satisfaction of other customary closing conditions.”

Analyst Daniel Ives of Wedbush Securities, in a note to clients after the announcement, stated that “it all came down to no other bidders or white knights emerging in the M&A process and Twitter’s board back against the wall once Musk detailed his $46 billion in financing last week to get pen to paper on this deal.”

Twitter will release its quarterly earnings as planned this Thursday, but will not be holding an earnings call, the company said.