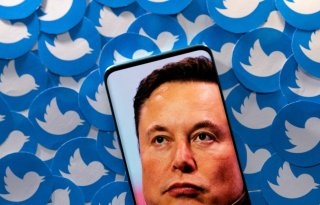 After Elon Musk declared last week that his deal to buy Twitter was “on hold,” and Twitter’s board vowed to hold him to the agreed-upon price in their deal, the world saw an uneventful few days in the ongoing Twitter/Musk saga.

That changed in a big way on Wednesday.

According to a filing, as reported by the Daily Beast, Musk has adjusted how the funding will work for the deal. Musk has committed an additional $6.25 billion in personal financing and will no longer utilize funds backed by his Tesla stock. Per CNBC, Musk has now personally committed $33.5 billion out of the $44 billion purchase price.

Meanwhile, according to Puck, the filling also shares some background of how the Musk/Twitter deal happened. It includes a phone call Musk made to Jack Dorsey, the co-founder and former CEO of Twitter, in which the two men discussed the “future direction of social media, including the benefits of open social protocols.”

Dorsey announced Thursday that he was stepping down from Twitter’s board. It was consistent with the timing of Dorsey’s plan when he stepped down as CEO of the company last year. It wasn’t the only change on Twitter’s board during this week’s shareholder meeting. The company ousted Egon Durban of Silver Lake, who was described in media accounts as a Musk ally.

In other news for Twitter, the company was sued by the federal government on Thursday.

“Twitter asked users to give their phone numbers and email addresses to protect their accounts,” the FTC announcement said. “The firm then profited by allowing advertisers to use this data to target specific users. Twitter’s deception violates a 2011 FTC order that explicitly prohibited the company from misrepresenting its privacy and security practices.”

The practices allegedly took place between 2013 and 2019.

The move was made by FTC Chair Lina M. Khan, someone known for being tough on big tech.

“As the complaint notes, Twitter obtained data from users on the pretext of harnessing it for security purposes but then ended up also using the data to target users with ads," Khan said in a statement. "This practice affected more than 140 million Twitter users while boosting Twitter’s primary source of revenue.”

It’s not clear if the agreement will have any effect on the planned sale of the company, which is set to close this year.