Elon Musk Wants to Dump the Build Back Better Bill 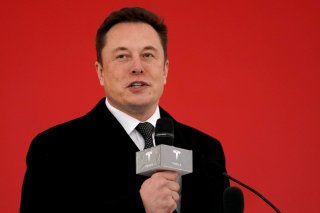 The $1.9 trillion “Build Back Better” legislation, which was narrowly passed by the House in November and now awaits the approval of the Senate, has been lauded as a major achievement by many progressive Democrats. Among its other useful provisions, the bill would establish a program of universal pre-kindergarten education, extend the monthly “Child Tax Credit” payments for an additional year, make a variety of investments in green energy, and make efforts to lower the cost of prescription drugs.

The Biden administration has pushed for the bill’s passage by Christmas. Noticeably, it has been uniformly opposed by Republicans and has drawn criticism from conservative Democrats, including Sens. Kyrsten Sinema (D-Ariz.) and Joe Manchin of (D-W.Va.). Neither lawmaker has indicated how they will vote on the bill if it is brought before the Senate, although Manchin has expressed public reservations about its current spending level.

On Monday evening, the bill received another opponent: Tesla and SpaceX CEO Elon Musk, who urged Senate Democrats to “can” the legislation at a meeting of the Wall Street Journal’s “CEO Council.”

“Honestly, I would just can this whole bill. Don’t pass it,” Musk said at the virtual meeting. “That’s my recommendation.”

The provision within the bill that Musk primarily objected to was a tax credit of $12,500 for any American who bought an electric vehicle that had been constructed by unionized workers and had its battery made in the United States. The construction of Tesla batteries took place in California until 2015 when it was moved to Nevada; however, the Tesla workforce is not unionized, meaning that new Tesla buyers would not qualify for the credit.

Musk decried the credit as a wasteful and inefficient government subsidy. “I am literally saying get rid of all subsidies,” he clarified.

Musk’s critics have noted that the bill, which increases taxes on the wealthiest Americans, could increase his tax liability by as much as $10 billion. “Eventually, they run out of other people’s money,” Musk complained on Twitter in October, “and then they come for you.”

Musk also noted that American billionaires’ wealth combined could not come close to fixing the federal deficit, and suggested that attempting to raise taxes on billionaires could stifle innovation. In his remarks to the CEO Council, he reiterated his view that the government’s role was to “get out of the way” of innovation in the private sector.

Musk is one of a handful of the world’s richest people, although his net worth fluctuates based on the value of Tesla stock, which makes up the vast majority of his wealth.