The EMP Threat Is Real, but It Shouldn't Keep You up at Night 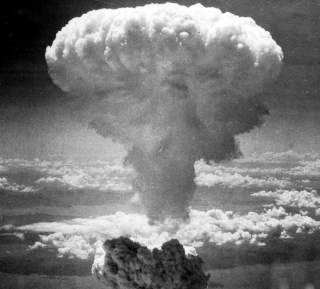 U.S. President Donald Trump signed an executive order March 26 outlining the administration's policy pertaining to the threat of an electromagnetic pulse (EMP). The policy mandates that a variety of government agencies coordinate with the private sector to warn of an impending EMP, and to take measures to prepare for, protect against, respond to and recover from an EMP event — outlining specific tasks for the departments of Homeland Security, Defense and Energy, among other agencies.

Per the new mandate, the secretary of Homeland Security — in consultation with the aforementioned government agencies, organizations and private sector partners — will now submit regular reports to the U.S. president that not only analyze the technological options available to improve the resilience of critical infrastructure to the effects of EMPs, but identify gaps in available technologies to help guide research and development efforts.

This order is a measured and systematic attempt by the White House to better understand the threats posed by EMPs to then create a plan that addresses those threats. It's also clearly a response to the last report released by the EMP Commission in 2017, which faulted the U.S. government for failing to coordinate government and private sector efforts to protect against EMPs — and that, in my opinion, is a good thing. Officially acknowledging and addressing EMPs in an executive order has, however, once again stoked the hype surrounding the EMP threat — which is not such a good thing.

The Threat of Electromagnetic Pulses

As I've noted before, the threat posed by an EMP is real. Electromagnetic pulses — whether they occur naturally or from a man-made source — can severely damage communications lines, the electrical grid and electronic devices.

Naturally occurring EMPs, known as geomagnetic disturbances (GMDs), are produced by solar storms and have damaged electrical grids on several occasions. In 1989, the strongest GMD since modern measurements began in 1932 tripped protective equipment and destroyed two transformers in the Canadian province of Quebec — resulting in the shutdown of Quebec's electrical grid for nine hours. Solar storms were also the culprit behind widespread blackouts in 1972 that affected wide swaths of the United States and Canada, as well as citywide outages in Malmo, Sweden, in 2003.

In addition to damaging the electrical grid, GMDs can also interfere with broadcast media, satellite communications and GPS systems. The largest-ever GMD was recorded in 1859, and named the "Carrington Event" after the British astronomer who first noticed the unusual sunspot activity. The GMD caused an interruption of telegraph service throughout North America and Europe and damaged some telegraph lines and systems. The majority of telegraph lines were inoperable during the height of the GMD activity, though most were able to return to service after the storm subsided.

Electromagnetic pulses from man-made sources, such as a nuclear detonation in the atmosphere, are known as a High-Altitude Electromagnetic Pulse (HEMP). The phenomenon of HEMPs was first discovered in 1962, when the United States detonated a 1.4 megaton device 250 miles above Johnston Island during a test in the South Pacific — producing an EMP that accidentally damaged electrical and electronic systems in Hawaii some 900 miles away.

Before the test ban treaty went into effect in 1963, the United States and the Soviet Union had conducted fewer than 20 nuclear tests in the atmosphere combined — meaning there is very little historical data available on the effects of HEMPs. As a result, most HEMP standards today are based on computer models using data from two high-altitude nuclear tests that the Soviets conducted in late 1962.

There is little doubt that the impact of a HEMP attack could be significant, but the details surrounding such an impact remain hazy. Any actor plotting such an attack would still be dealing with some important unknowns — including the ideal altitude at which to detonate a specific device based on its design and yield to maximize its effect, as well as the nature of those effects and just how devastating and widespread they could be.

When it comes to the threat posed to the United States, the principles of mutually assured destruction — which have helped steer the world away from nuclear war since the USSR became a nuclear power in 1949 — would still apply to a HEMP attack. It's unlikely that a HEMP attack would successfully disarm the United States, since the U.S. nuclear weapons triad is specifically designed to survive a direct nuclear attack. And any country that launches such an attack is certain to face retaliation.

I don't believe that a rogue regime such as North Korea or Iran would be foolish enough to think it could launch a nuclear strike on the United States and survive — especially given both countries' lack of mature and thoroughly tested missile and nuclear weapons programs. There is simply too much margin for error. About the only thing worse than having your country destroyed by a U.S. nuclear strike in retaliation for a successful HEMP attack is having your country destroyed for a botched one.

As I've stated previously, I also don't believe that a nuclear power would ever be willing to provide a nuclear weapon to a terrorist proxy — and that even if a terrorist group somehow got their hands on a nuclear weapon, the difficulties of pairing it with a missile and launching it over the center of the United States without an intelligence agency finding out about it are pretty much insurmountable. Besides, in such a case, a terrorist group would be far more likely to use a nuclear weapon to target a large city for a mass casualty attack instead of exploding it hundreds of miles above the Earth. While the HEMP threat is real, it remains highly unlikely. It is thus my assessment that there is a much greater chance that the United States will be hit by a natural EMP incident than a man-made catastrophe. But that, of course, has not stopped the hype.

Following the release of Trump's executive order, I have seen several articles lately that have, once again, begun repeating much of the EMP hype that has ebbed and flowed since the discovery of HEMPs in 1962. Such articles claim that EMP is "one of the biggest threats to our national security" and that an EMP event will have a cataclysmic impact on the United States.

One such article was published April 2 by In Homeland Security managing editor Glynn Cosker. In the article, titled "Why President Trump’s Executive Order on EMP Preparedness Is Huge," Cosker wrote:

"An EMP itself is not harmful to people, but its aftermath would cause devastating, long-lasting effects that could ultimately kill 90 percent of the U.S. population. Most deaths would be due to the shutting down of our entire essential infrastructure, including financial, medical, communication, transportation, food, water and sewer systems…

…The breakdown of society as we know it today would cause wide-scale death and destruction of biblical proportions.

Imagine a riot in a downtown city neighborhood, and then imagine that same riot taking over your entire city and state. It would look like ‘The Walking Dead’ without the zombies."

A 90 percent death toll is quite the claim, so allow me to put the possibility of such mass casualty into context. In 1979, the U.S. Congress Office of Technology Assessment published a study named "The Effects of Nuclear War" which, as the title suggests, provided an estimate of U.S. casualties in the event of a nuclear war.

The report examined several scenarios ranging from a limited to a full nuclear exchange — the worst of which being an all-out Soviet first strike involving more than 1,200 warheads hitting targets across the United States, including multiple HEMP strikes. But even in this worst-case scenario, the estimated death toll was somewhere between 35 percent to 77 percent of the population. It is hard to imagine that a HEMP detonation in the atmosphere could cause a higher casualty toll than such a massive barrage of nuclear weapons.

In the case that a GMD does take down the U.S. electrical grid and damage other infrastructure (as the one in 1989 did in Quebec), it is hard to imagine it would wipe out nearly the entire U.S. population. In 2017, Hurricane Maria completely destroyed Puerto Rico's electrical grid. Thousands of people were killed and billions of dollars of damage was done — and even today, Puerto Rico's electrical grid is not totally back in service. Yet despite this massive damage, nothing faintly resembling the apocalyptic picture painted in Cosker's article occurred. That is not to downplay the immense suffering that Puerto Ricans endured — and continue to endure — amid the aftermath of Hurricane Maria, but rather to point out that people are often more resilient than some give them credit for.

According to the EMP Commission report in 2017, NASA estimates that there is about a 12 percent chance of a significant solar storm occurring in any given decade. There is also a very small chance that the United States could somehow become involved in a nuclear war. In either case, an EMP could clearly impact the U.S. power grid and other critical infrastructure. Because of this, measures — like those set out in Trump's executive order — to understand EMPs and prepare to mitigate the impact they could have are both necessary and prudent.