End of an Era: Apple Set to Discontinue the Iconic iPod 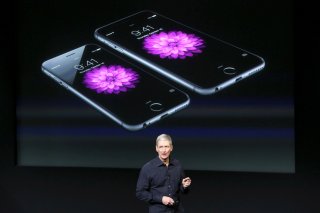 The iPod Touch, the iPhone-like, touchscreen edition of the iPod music player that was introduced in 2007, will be discontinued, bringing an official end to the two-decade-long era of the iPod.

On Tuesday, Apple issued a press release that stated the iPod Touch “will be available while supplies last.” Indeed, most of the iPod’s functions have been replaced by other products, starting with the iPhone and Apple Music, but also including the iPad, Apple Watch, and HomePod Mini.

“Music has always been part of our core at Apple, and bringing it to hundreds of millions of users in the way iPod did impacted more than just the music industry—it also redefined how music is discovered, listened to, and shared,” Greg Joswiak, Apple’s senior vice president of Worldwide Marketing, said in the announcement.

The change also means the end of life for the last iPod that was still available, closing an important chapter in Apple’s history.

“Today, the spirit of iPod lives on. We’ve integrated an incredible music experience across all of our products, from the iPhone to the Apple Watch to the HomePod mini, and across Mac, iPad, and Apple TV. And Apple Music delivers industry-leading sound quality with support for spatial audio—there’s no better way to enjoy, discover, and experience music,” Joswiak added in the company's release.

The original iPod, with its revolutionary “click wheel” design, was introduced in 2001 and revolutionized how music was consumed. The iPod emerged as an iconc product, one deeply associated with CEO Steve Jobs following his return to the company. The arrival of the original iPhone in the spring of 2007 led later that year to the unveiling of the iPod Touch, which also featured a touchscreen and offered much of what the iPhone did, with the exception of the ability to make phone calls.

Over the course of the next decade or so, the iPhone and iPod Touch evolved similarly.

The sixth generation of the iPod Touch arrived in July of 2015, with the seventh and final iPod Touch generation arriving four years later. That last generation, which starts at $199, is still available to be purchased as long as supplies last.