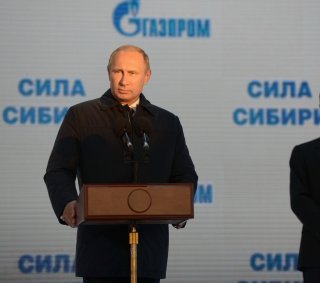 "There have been some questions from media outlets regarding the visit of the head of state to Moscow. With this in mind, it is necessary to note that the talks between the presidents of Kazakhstan and Russia in the Kremlin focused on the creation of a ‘trilateral gas union’ between Russia, Kazakhstan and Uzbekistan with the purpose of coordinating their actions in order to transport Russian gas through the territories of Kazakhstan and Uzbekistan," Ruslan Zheldibay, Tokayev’s press secretary, wrote on Facebook, according to Russian state news outlet TASS. Tokayev and Putin consider it "necessary to hold detailed talks with the participation of experts from the three countries to find a rational solution to the issue with the interests of all involved sides considered," Zheldibay added.

Kremlin spokesman Dmitry Peskov suggested on Tuesday that the trilateral gas union proposal is in its early stages, with substantive negotiations over logistics and execution mechanisms yet to take place. The proposal implies the creation of "a certain legal entity for cooperation between these three countries, and for infrastructure development, then for foreign markets," said Peskov, according to the news outlet Anadolu Agency. "We're talking about the fact that this is a huge, vast territory in a very important region, and, of course, the routes of energy supplies, gas, and so on are extremely relevant for this territory ... This will meet the interests of all three countries mentioned,” he added.

Tokayev traveled to Russia on Monday for his first foreign trip after winning re-election last week. The two leaders stressed the close economic ties between Moscow and Astana. “We primarily discuss the economy, because that has been the foundation of our other successes across various fields,” Putin said.

Russian gas exports to Europe plummeted from 40 percent of the European Union’s total consumption to just 9 percent in the aftermath of the Russian invasion of Ukraine, prompting the Kremlin to more actively explore alternative gas supply arrangements with its non-Western partners. Putin courted Turkish president Recep Tayyip Erdogan last month with an offer to transform Ankara into a major gas hub by redirecting supplies meant for the European Nord Stream pipelines. Erdogan, who has staked out a neutral position to emerge as one of the war’s key mediators, welcomed the gas hub proposal earlier this month. “Turkey is becoming a gas hub, an energy hub,” he said, according to TASS. “Energy exports to Europe will be carried out through our territory. Let everyone who criticizes us for a balanced policy during the crisis between Russia and Ukraine take an example from us.”