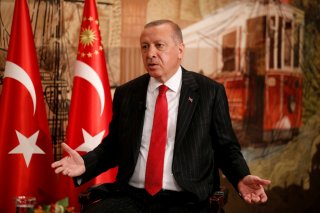 Turkey’s national statistics agency announced on Thursday that the country’s annual inflation rate had risen to 69.97 percent in April—an increase from 61.14 percent in March.

The inflation rate, measured by Turkey’s consumer price index (CPI) and comparing prices in April 2022 to those in April 2021, has been attributed by most economists to the unorthodox economic policies of Turkish president Recep Tayyip Erdogan. Outside of Turkey, most central banks adjust their interest rates or the percent that the central bank charges the country’s private banks to borrow money over short periods of time, to control inflation. If inflation is high, it is taken as a sign that the money’s velocity is too high, and interest rates are raised to discourage lending and slow the speed of transactions. Conversely, if inflation is low, interest rates are lowered to incentivize lending and further economic activity. Although this understanding of interest rates is universally understood among economists, Erdogan has insisted that lower interest rates lead to lower inflation, and has pushed Turkey’s central bank to keep the country’s interest rates low, even as inflation increases. In April, the central bank announced that its benchmark interest rate would remain unchanged, the fourth consecutive month that the low rate remained intact.

The result of this policy has had a profoundly negative impact on the Turkish economy, where the lira has lost more than half of its value since early 2020. The loss of the lira’s value has increased the cost of Turkish energy imports and led to a decrease in foreign investments—developments already placed under strain by Russia’s invasion of Ukraine to Turkey’s north. Rising fuel costs have roughly doubled the cost of transportation within Turkey, while food prices have also significantly increased.

In response to the inflationary trend, Turkey has cut its taxes and offered government subsidies on essential goods and services for some of its citizens, although these policies have failed to improve the economy. Erdogan has also pledged to use Turkish state banks to purchase lira, creating artificial demand and stabilizing the lira’s exchange rate, although this policy results in Turkey losing billions of U.S. dollars and euros per week.

Erdogan faces a serious re-election challenge from Turkey’s united opposition next year, and his poll numbers have declined as Turkey’s economic woes have grown, leading to early speculation of an unexpectedly close contest.