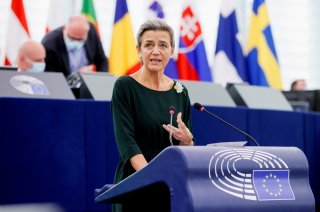 Few countries today officially recognize the Republic of China, more commonly known today as Taiwan, even as the self-governing island had been one of the founding members of the United Nations–dating back to October 24, 1945. However, forty years ago in 1971 the People's Republic of China became officially recognized as the sole legal China under General Assembly Resolution 2758.

The government in Taipei has never formally declared independence, in part because for years it had maintained it was the sole government of China. At the same time, Beijing has maintained that the island is a breakaway territory, and that will be brought back under mainland control—by force if necessary. The issue has remained complex, and as recently as July 2007, Secretary-General of the UN Ban Ki-moon rejected Taiwan's membership bid to "join the UN under the name of Taiwan," citing Resolution 2758, which still acknowledges that Taiwan is part of China, although it is important to note, not the People's Republic of China.

Where the issue could become even more muddled is that this week the European Parliament adopted a report slamming China's increased "military belligerence." At the same time, EU lawmakers have called for closer relations with Taiwan, which has resulted in "strong condemnation" from Beijing as it opposes Taiwan from having any official diplomatic exchange with other governments.

The non-binding resolution, adopted with a majority of 580 to 26 votes, urged a new investment deal between the EU and Taiwan, even if that angers China, the German news outlet DW.com reported.

"Despite China's repeated objections, the European Parliament adopted the relevant report, blatantly advocating for elevating so-called EU-Taiwan political relations," said a statement from China's Mission to the UN. "We express firm opposition to this and have lodged stern representations with the EU side."

Chips on the Table

This is not the first time that Beijing has been angered by the EU moving closer to Taiwan. Prague drew China's ire last year when it sent a delegation of about ninety Czech politicians, entrepreneurs, scientists, and journalists led by senate speaker Milos Vystrcil to the island for five days. Slovakia has also considered sending a delegation to Taiwan.

Lithuania set up Taiwan's representative office in Vilnius under the name "Taiwan" instead of "Taipei," a move seen as a significant diplomatic departure from standard practice. As a result, Beijing withdrew its ambassador to Lithuania and demanded that Vilnius do the same, which it eventually did.

Earlier this month, China also reacted angrily after French lawmakers had visited Taiwan and referred to the island as a country.

At the core of the issue could be chips—as in semiconductors, of which there is a global shortage. Taiwan is the world leader in the production of the semiconductors that are used in everything from computers and tablets to smartphones to toys to automobiles. The demand for chips increased during the COVID-19 pandemic as a result of increased demand for electronics, but it has continued to cause issues with the global supply chain.

Closer ties with the EU were welcomed by Taiwan's Vice President Lai Ching-Te, who posted on social media, "Today's positive European Parliament vote on recommendations to deepen ties with Taiwan shows strong common interests and a high level of trust between our peoples. Values and economy can and must go hand in hand. Let's make it happen."