Eurasia Will Pay for Afghanistan’s Descent into Islamofascism 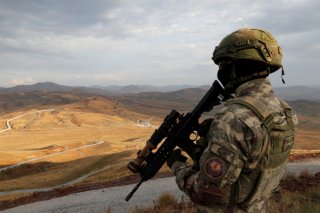 One of the fallacies which have been allowed to permeate the public debate about the recent events in Afghanistan is that the Saigon-like evacuation in Kabul is somehow only America’s failure.

In truth, the blunder should be adjudicated to the so-called international community. There is certainly a glaring difference between the denouement in America’s occupation in Vietnam in 1975 and the sudden departure of planes in Kabul. Perhaps the finest book on America’s foreign policy in Vietnam in terms of its explanatory power is David Halberstam’s The Best and the Brightest, where he accurately depicts and dissects the combination of ignorance and hubris of John F. Kennedy’s and Lyndon B. Johnson’s intellectuals. But if an up-to-date Halberstam were to write a book on the failure in Afghanistan he would have to include United Nations bureaucrats, NATO’s generals, non-governmental organization intellectuals, and tutti quanti.

Let’s bear in mind that the genesis of the military intervention in Afghanistan was the twin attacks by Al Qaeda upon New York and Washington, DC. Osama bin Laden and his underlings decided to wreak havoc on a landmark of international finance in the most cosmopolitan city of the world. The casualties were from many nations and people from all over the world are still mourning those fallen on September 11, 2001. The attack was not merely on America but understood to be against the world at large. That’s why, unlike the case of intervention in Iraq, the UN and NATO were given a mandate to intervene, manu militari. Moreover, during the twenty-year military intervention, various nations sent armies and aid into Afghanistan to help to reconstruct civil society and maintain peaceful conditions in the region. And this was not limited to Western societies. India, for instance, has spent around $3 billion since 2001 to strengthen civil and military endeavors in Afghanistan.

But the most significant blunder is not the abrupt and disorderly removal of civilian and military personnel but the decision to leave Afghan society at the mercy of the Taliban. Many critics of the intervention overlook the fact that the multilateral effort managed to avoid the worst, namely, the victory of Islamic fascism in Afghanistan and, therefore, its spread throughout an area that is a strategic chokepoint in Eurasia. But this is hardly a minor point. It could perfectly be argued that nation-building and regime change were primarily policies set in motion to achieve the goal of preventing Islamofascist forces from proliferating not only within Afghanistan but across the region as well.

In trying to explain his mistakes, Joe Biden has decided to resort to demagoguery, which should not conceal the fact that the precipitous withdrawal from Afghanistan lays the groundwork for groups such as Al Qaeda and other Islamic terrorist syndicates to claim legitimacy in the country.

Despite everything, urban Afghans, under occupation, were able to enjoy freedoms and rights that now have been shattered by the Taliban’s arrival. For even if Afghanistan was not a Jeffersonian democracy and its government was highly corrupt, its society was slowly evolving into a civilized polity.

It ought to be admitted, however, that while the intervention was multilateral, it’s undeniable that America was calling the shots. The fact of the matter is that three administrations—Barack Obama’s, Donald Trump’s, and Biden’s—abandoned their commitment to a vision that regards Islamic fascism as the main target. This conception of the theological, philosophical, and ideological battle entered into decay as time went on so that today it has almost been forgotten.

But the future of the region that the ancient Greek historian and thinker Herodotus called the oikoumene—an area between the Nile and the Oxus—will depend on the civilized nations of the world being able to remember this primeval engagement to a battle of ideologies.

In Democracy in America, Alexis de Tocqueville stated that “democracy cannot, without difficulty, coordinate the details of a great enterprise.” This has seemingly been the chief problem of American foreign policy and Tocqueville’s shrewd observation can certainly be applied to America’s engagement in Afghanistan. French historian Fernand Braudel founded a school of thought called The French Annales, whose main idea was to propose a long-term view in considering history. His works on the Mediterranean are an exploration of the past studied at different scales, including what he called the longue durée. Similarly, it is said that the Mayas had a way of viewing history in what they deemed the long count. From the perspective of the longue durée, twenty years of presence in Afghanistan is merely a sigh. But this strategic consideration is a far cry from what one can expect on the part of Biden’s foreign policy team.

Technocrats such as Secretary of State Antony Blinken and National Security Advisor Jake Sullivan lack historical acumen and philosophical prowess. Experts on social climbing and devotees of the curriculum vitae, both seem trained for a career in public relations rather than on a job requiring a philosophical outlook bent on grasping reality. In his landmark book, To Jerusalem and Back, Saul Bellow writes “in the Middle East and probably elsewhere, the United States relies heavily on management consultants and public-relations experts.” Then as now. The problem today is compounded by the fact that government officials behave as though they were public-relations experts dominated by short-term considerations. Certainly, Machiavelli is not on the Potomac at this time. And this could be catastrophic not only for America but for the civilized world. After all, Afghanistan will continue to be a hotspot for the ambitions of great powers, from Vladimir Putin’s Russia to the Islamic Republic of Iran; from nuclear Pakistan to Recep Tayyip Erdoğan’s Turkey. Not to mention the consequences of the return of Jihad Incorporated, with its new ambitions to wreak havoc on Europe and America.

But Biden’s debacle should not mean America should fall into the role of a passive observer. While actively engaged in diplomatic efforts within international entities such as the UN, NATO, and various regional organizations, the United States should at once support the cause of democratic-minded people in Afghanistan and help them in their upcoming battle against the Taliban.

Angel Jaramillo Torres holds a BA in International Relations at El Colegio de México and a Ph.D. in Political Science at the New School for Social Research. He is co-editor of the two-volume series Trump and Political Philosophy (Palgrave Macmillan, 2018). His journalistic work has been published in Spanish and English outlets. He resides in México City.