Even During The Coronavirus Crisis, The Fed's Independence Must Be Respected 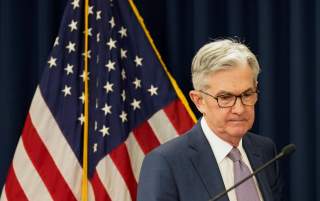 Though it may be tempting, in the midst of the current crisis, to set Buiter's advice aside as an encumbering nicety, that temptation needs to be vigorously resisted. What, after all, is the point of having a Constitution that assigns to Congress alone the power of the purse, and a Federal Reserve Act designed to keep the Fed from becoming subservient to Congress, if these safeguards are to be swept aside, or simply ignored, on the very occasions when they're most likely to serve a purpose?

Nor is it so difficult for Congress to obey the law, by taking responsibility for risky lending or asset-purchase programs that call for the Fed's involvement. Kevin Warsh's recent proposal for Fed-assisted lending to non-bank businesses and households calls for it to do just that. "The Fed possesses powerful untapped authority," Warsh writes; "and with the help of Congress and the administration there is much it can do to improve economic prospects":

In consultation with the Treasury secretary and congressional leaders, the Fed should immediately invoke its emergency powers under Section 13(3) of the Federal Reserve Act and establish a new credit facility to ensure that sound businesses and households have ready access to cash to get through the crisis. …

The Fed board of Governors would authorize the program and ensure its accord with Walter Bagehot's dictum: lend freely to solvent firms and individuals on good collateral at interest rates higher than are customary. …Borrowers would need to demonstrate that they are unable to obtain credit elsewhere but are solvent, consistent with the requirements of the Federal Reserve Act.

But Warsh's proposal would not expose the Fed itself to any risk:

Crucially, Congress would also authorize a fiscal backstop to offset any loan losses incurred by the Fed or the banks themselves. These actions would maintain an appropriate line between monetary and fiscal policy.

Whether or not the sort of lending Warsh proposes is essential for dealing with the present crisis, Warsh is certainly right to insist that ultimate responsibility for it, and especially for the risks it entails, be taken not by the Fed, but by Congress. It only remains for members of Congress themselves to acknowledge this responsibility, and act accordingly, instead of passing the buck.

President Trump can help. If he needs an example to follow, let him consider what FDR told then New York Fed Governor George Harrison following the passage of the 1933 Emergency Banking Act:

It is inevitable that some losses may be made by the Federal Reserve banks in loans to their member banks. The country appreciates, however, that the 12 regional Federal Reserve Banks are operating entirely under Federal Law and the recent Emergency Bank Act greatly enlarges their powers to adapt their facilities to a national emergency. Therefore, there is definitely an obligation on the federal government to reimburse the 12 regional Federal Reserve Banks for losses which they may make on loans made under these emergency powers. I do not hesitate to assure you that I shall ask the Congress to indemnify any of the 12 Federal Reserve banks for such losses.

President Trump can and should do FDR one better by getting Congress on board before he puts the Fed on the hook.