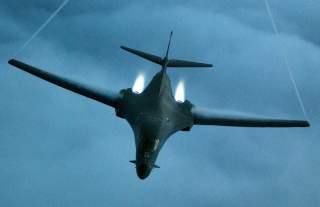 That one take-away from three separate studies that Congress commissioned as part of the 2018 National Defense Authorization Act. The Air Force, Mitre Corporation and the Center for Strategic and Budgetary Assessments each conducted their own analysis.

Analyst Todd Harrison from the Center for Strategic and International Studies in Washington, D.C. reviewed the studies and reported his own summary to trade publication Breaking Defense.

“The three studies are remarkably consistent on a number of key issues,” Breaking Defense reporter Theresa Hitchens wrote. “These areas of consensus, [Harrison] said, preview where future Air Force decisions on force-structure mix and budget requirements are likely to go.”

The CSIS review found that the studies agreed on the fact that the pivot to great power competition with Russia and China means that the Air Force needs more long-range, long-loiter platforms: bombers, remotely piloted aircraft, tankers and even bases to support long-range action. The studies also agree that the increased threat environment means the future force must be more survivable.

The studies say the 2030 force should include between some 2,000 fighter jets: MITRE says 2,633, CSBA says 2,198, and the Air Force called for 2,294. This includes 762 F-35A jets recommended by MITRE and 911 recommended by CSBA. The Air Force did not give specific numbers of aircraft in its study, Harrison explained, rather he extrapolated the totals by type of plane from its count of squadrons.

Experts for years have called for a big expansion of the bomber fleet. Military officials increasingly have hinted that a bomber plus-up is likely.

But for now, the official plan is for the Air Force to add just 18 bombers to its current fleet of 157 of the heavy warplanes. Under the plan, the Air Force in the 2030s would retire its 62 1980s-vintage B-1B bombers and, a few years later, would also retire all 20 '90s-vintage B-2 stealth bombers.

"That plan has not changed," then-secretary of the Air Force Heather Wilson said in February 2019, according to Air Force magazine reporter John Tirpack. "We need a minimum of 175 bombers, is what we announced last year,” Wilson added, "and that they will be a mix of B-21s and B-52s."

Note Wilson’s inclusion of the word “minimum.” While the Air Force hasn’t officially committed to buying more than 100 B-21s in order to expand the fleet to more than 175 bombers, the service in 2018 did state a need to grow the bomber force by five squadrons. Each squadron would possess around 10 planes.

If the Air Force does add bomber squadrons, it will need at least 50 additional bombers to equip them. Hence the service’s likely, unofficial ambition to possess 238 bombers by 2030.

The flying branch expected a single new B-21 to cost around $600 million. It could set back U.S. taxpayers nearly $50 billion to equip the extra bomber units with new planes.

So why not just keep B-1s and B-2s flying for longer? As recently as 2016, the Air Force estimated the B-2s could continue operating into the 2060s. The swing-wing B-1s mechanically are unreliable and suffered heavy wear and tear during the air campaigns over Iraq and Afghanistan. The Air Force in 2016 assumed the B-1s would retire in the 2040s.

The Air Force is spending billions of dollars upgrading the B-52s with new engines, electronics and weapons. Similar upgrades in theory could extend the useful lives of five squadrons' worth of B-1s and B-2s at lower cost than 75 new B-21s.