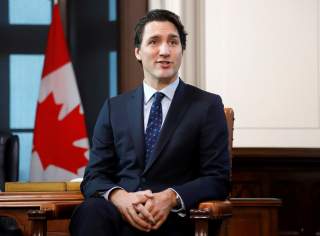 Historically, the Prime Minister’s Office (PMO) has often made decisions in the absence of the opinions of citizens and other legislative bodies.

Since elected in 2015, Justin Trudeau’s Liberals have tried to re-brand the PMO and extinguish the notion of an executive dominance in Canada’s federal government.

Once elected, the newly formed government published its Open and Accountable Government guide for ministers, which focused on enabling many voices, having a modern take on cabinet and becoming a co-operative federation.

Though these initiatives appeared to be the foundation of the Trudeau government, his powerful first-term majority government didn’t keep many of these promises — a problem that’s always existed and persists regardless of political optics and re-branding efforts.

As was evident during the SNC-Lavalin affair and the Trans Mountain pipeline debate, decisions at the executive level are still apparently made in the absence of the opinions of citizens and other legislative bodies.

And though there are continuous efforts to brand the Trudeau government as co-operative and inclusive, centralized and executive power is as prevalent as ever at the federal level.

Most Canadians know the trials and tribulations of the SNC-Lavalin controversy; however, why did it come into the public light? The answer exists within party discipline and the ripple effect of Trudeau basing cabinet appointments on merit and gender representation — or, as he stated, “because it’s 2015.”

If party discipline does not exist, it can create contentious situations, exposing the executive dominance at the federal level — a situation that manifested with Jody Wilson-Raybould.

Read more: SNC-Lavalin & the need for fresh thinking around independence and interference

If the Trudeau government had appointed a cabinet that practiced party discipline, the SNC-Lavalin affair would be unknown to most Canadians. Wilson-Raybould was outside the norm of politics and disrupted the wishes of the PMO by interjecting independent decision-making.

Trudeau wrote in Wilson-Raybould’s mandate letter in 2015, “Please know that you can count on me to support you every day in your role as Minister.” However, it seems that support was contingent upon the particular wishes of the PMO being respected.

Though the SNC-Lavalin affair lays out a case of executive dominance within cabinet and Parliament, there are examples outside of the confines of Parliament Hill. When looking at the Trans Mountain pipeline debate, it’s evident that Trudeau is overstepping outside perspectives for his own objectives.

The Trans Mountain pipeline expansion was contingent upon 156 conditions that were primarily decided upon by the National Energy Board, an independent adjudication body. Even though the approval was contingent upon upholding the proposed conditions, the Trudeau government hastily approved the beginning of the pipeline expansion’s construction, overlooking the recommendations of the National Energy Board and its public engagement initiatives.

The Federal Court of Appeal ultimately overturned Trudeau’s decision, stating the need for the National Energy Board to re-evaluate. As a response, the government superseded the National Energy Board with the internally managed Impact Assessment Agency of Canada, whose president is a former deputy national security adviser to Trudeau. To no surprise, the Impact Assessment Agency of Canada reinstated the project and fulfilled the demands of the PMO.

Hypocrisy from the Centre

Though Trudeau campaigned in 2015 on electoral reform, the promise was broken once in power. The Liberals did appoint a House of Commons Special Committee on Electoral Reform, which unanimously agreed that citizen engagement was imperative to determining a new electoral system for Canada. It dedicated $300,000 for town halls to be conducted by each MP.

The electoral reform committee found that 71 percent of Canadians who participated in surveys wanted parties to govern together and 80 percent of town-hall meetings supported proportional representation.

Regardless of the committee recommendations, the Trudeau government decided to scrap electoral reform promises, stating that citizens were not engaged enough with the question of electoral reform. Rather than act on the recommendations for co-operative governance, the PMO made decisions in the absence of the opinions of citizens and other legislative bodies.

When looking at these examples, one might argue that these instances are rare. But actually, executive dominance is common; it just rarely comes into public light. With the lack of checks and balances, the position of prime minister is perhaps the most unchecked head of government among the democracies.

It’s apparent now that claims of co-operative governance have just been mere brand attributes of the Trudeau government.

But Trudeau is going to have transform his brand into reality in the new minority government. Having to truly work in a co-operative government with other political parties might be the only chance to diminish executive dominance and implement policies that reflect the desires of Canadians.