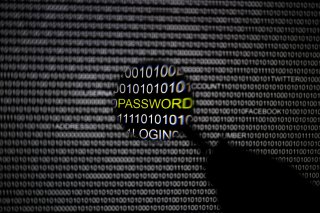 There was a massive hack of Twitter last week, which appeared to be connected to a cryptocurrency scam. Hackers hijacked several prominent Twitter accounts, including those of former President Barack Obama, presidential candidate Joseph Biden, Microsoft founder and philanthropist Bill Gates, rapper Kanye West, investor Warren Buffett, and Tesla founder Elon Musk, as well as the company accounts of Apple and Uber. These hackers tweeted from the accounts, asking followers to send Bitcoin to specific wallets.

Over the weekend, Twitter explained what happened in a blog post, including the revelation that the hackers had downloaded data from the accounts of some of those who were hacked.

The hackers, Twitter said, “successfully manipulated a small number of employees and used their credentials to access Twitter’s internal systems, including getting through our two-factor protections.” The hackers targeted 130 accounts, and logged into and sent tweets from forty-five of them.

In addition, the social network said, “for up to eight of the Twitter accounts involved, the attackers took the additional step of downloading the account’s information through our ‘Your Twitter Data’ tool. This is a tool that is meant to provide an account owner with a summary of their Twitter account details and activity.”

With political figures among those affected, this raises the possibility of a repeat of what happened in the closing days of the 2016 election, when Hillary Clinton campaign adviser John Podesta’s e-mail account was compromised, leading to daily releases of embarrassing emails.

This could theoretically happen again, with the direct-message portions of users’ data, although it’s important to note that it’s unknown which accounts had their data downloaded or if the hackers had any motive unrelated to Bitcoin riches. Also, as Twitter user Matthew Solomon and others have pointed out, “I don’t think Obama, Biden, Gates, etc. use Twitter for anything that would make their [direct messages] (if there are any) worthwhile. People like Musk and Kanye [on the other hand…]” Musk, indeed, has been known for unconventional Twitter behavior.

Some job listings, of late, have indicated that Twitter is looking at launching a subscription platform.