Explained: Why Benelli Shotguns Are Among the Best in the World 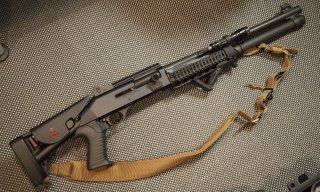 Italy is truly a land of contrasts—it is a land rich with history but has in fact only been a unified country for just less than 160 years. It is known for fine craftsmanship and engineering yet has a reputation of having a workforce that isn’t known for working all that hard.

Its firearms industry has similar contrasts with Beretta being the oldest firearms maker in the world as well as one of the oldest companies in general. Yet, it was only after World War II that a new wave of firearms manufacturers entered the market and this included Benelli Armi SpA of Urbino.

Founded only fifty-three years ago as an offshoot of the Benelli motorcycle factory, which had been among the oldest in Italy, Benelli has made a name for itself for a new category of firearms, namely semi-automatic shotguns. It was a product unlike anything Beretta had ever made.

The origin of the firearms maker actually goes back to 1911 when Teresa Benelli invested in the auto service company run by her six sons. It soon evolved into a fully-fledged manufacturer of motorcycles and today these remain popular with collectors.

Nearly six decades after the founding of their business the brothers’ love of hunting took the company in a new direction and Benelli Armi was born.

At the time most shotgun manufacturers—including Beretta—produced firearms that were little changed from those developed nearly one hundred years earlier. The Benelli brothers weren’t only passionate hunters but were experienced engineers and they saw that the future of hunting shotguns lay with semiautomatic models.

What started as a simple concept soon evolved thanks to Bruno Civolani, a firearms designer from Bologna, who invented a revolutionary action. His design led to the creation of a shotgun that used a simple inertia driven mechanism in place of the traditional gas-operated system found in most semi-automatic rifles. Instead, the bolt provided all the movement needed, and this revolutionary design provided the fastest reloading action in the world and permitted the shooter to fire five rounds in less than a second.

Over the past five decades Benelli has earned a reputation among hunters and target shooters alike and today it is hard to think of a semiautomatic shotgun without thinking of this Italian manufacturer.

For more than twenty-five years Benelli and Beretta existed not as rivals but as simply two Italian companies that aimed for a different part of the firearms market. Beretta continued to fill the void for traditional shotguns as well as modern firearms including submachine guns and even developed the M9 pistol that finally replaced the U.S. military’s long go-to sidearm, the Colt M1911 .45 pistol.

Yet, in 1983 Beretta acquired Benelli—which enabled the older firm to have access to the cutting edge technology developed by the newer firm. As a subsidiary Benelli has continued its tradition of innovation, research and development, working with new materials and refining its semiautomatic shotgun designs.

The company’s small arms are now used by military, law enforcement and civilians around the world. This includes the Benelli M3 12 gauge, which has been used by American SWAT teams as well as military forces throughout Europe and Asia.

In 2007, Benelli introduced the Bimillionaire shotgun, which was to commemorate an important milestone in the then forty-years of the company’s existence—the production of two million shotguns. Even as part of the now firearms giant that is Beretta Holding it is likely Benelli will be around to continue to innovate like no other shotgun maker in the world.