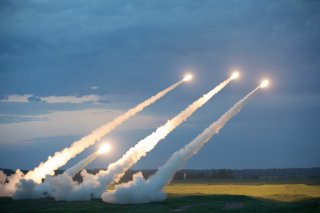 Japan’s Ministry of Defense is seeking to acquire large numbers of long-range missiles and begin researching hypersonic missile technology, according to a new report in the Wall Street Journal

These efforts align with a host of recent initiatives aimed at a massive military modernization drive to counter growing Chinese power.

The Japanese Defense Ministry said that it was planning to build two types of “standoff” missiles that can strike an enemy target from far away.

“Officials declined to give the exact range of the proposed new missiles or the range of current models. But their description suggested the government wanted to fill a gap in Japan’s current arsenal, which analysts say could strike ships or planes of an invader after it got close to Japanese shores,” the Wall Street Journal explained.

Japan’s military modernization drive includes a multi-billion F-35 stealth fighter purchase and ongoing collaboration with the United States on critical weapon systems such as the Aegis Radar Combat Systems and the new SM-3 IIA missile interceptor, which is capable of hitting ICBMs in the final portions of the mid-course phase before they reenter the earth’s atmosphere. Japan has also acquired Osprey helicopters, the Evolved Sea Sparrow Missile Block II, and the Global Hawk drone, among other systems.

Japan also seems to be concerned about the threat posed by increased Russo-Sino military cooperation. Concerns about Russia, and its hypersonic weapons arsenal, were highlighted in Japan’s recently published Defense of Japan 2022 strategy document.

The Japanese strategy document identifies Russia’s new Zircon hypersonic missile as a growing concern that could threaten Japan if deployed in the Russian Far East.

“Having ensured that its nuclear capability rivals that of the U.S., the country has been accelerating the deployment of new weapons, such as planning the mass production and deployment of hypersonic cruise missile “Zircon” from 2022, and improving its asymmetric warfare capabilities through electronic warfare equipment and other measures,” the strategy document said.