Eyes on the East: U.S. to Boost Its Military Presence in Eastern Europe 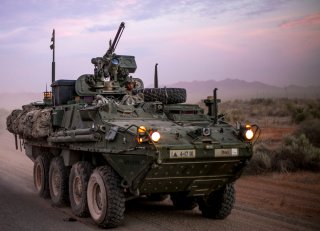 President Joe Biden said on Wednesday that the United States will significantly enhance its military presence in Europe as the West hunkers down for a prolonged war in Ukraine.

"The United States and our allies, we're going to step up," Biden said at the NATO summit in Madrid. "We're proving that NATO is more needed now than it ever has been and it's as important as it ever has been," he added.

The White House announced that it has decided to permanently forward station the 5th Army Corps Headquarters Forward Command Post, an Army garrison headquarters, and a field support battalion in Poland. In addition, the administration is positioning a rotational brigade combat team in Romania and increasing rotational deployments in the Baltics.

Defense officials announced that certain U.S. assets in Europe will be moved closer to the alliance’s eastern flank, including by deploying “a Stryker brigade combat team from Germany to Romania, Bulgaria, and Hungary; Patriot batteries from Germany to Slovakia; F-15s from the UK to Poland.” Further to the west, the United States is sending two additional Arleigh Burke-class destroyers to Naval Station Rota in Spain and stationing two squadrons of F-35 Lightning II fifth-generation fighters in the United Kingdom.

“This is a significant decision precisely because of the changed security environment and the recognition that the United States needs to have a longer-term capability to sustain our presence, our training, our activities, and our support to the countries of the eastern flank, both bilaterally and through the NATO battle groups—battle groups which are in those eight forward flank countries,” Assistant Secretary for Defense Celeste Wallander said in a press call on Wednesday.

The United States has increased its troop presence in Europe from 80,000 service members to over 100,000 in the aftermath of Russia’s February invasion of Ukraine. John Kirby, the National Security Council’s coordinator for strategic communications, said the decision to strengthen NATO’s force posture in Europe has not been communicated to Moscow, “nor is there a requirement to do that.”

Wallander said the changes are intended to shore up NATO’s long-term deterrence capabilities against the “heightened threat of a Russian leadership that has shown itself willing and capable of launching military attacks on bordering countries.”

NATO chief Jens Stoltenberg welcomed Biden’s announcement during the alliance’s Madrid summit. “This really demonstrates your decisive leadership and strength in the trans-Atlantic bond,” he said, thanking Biden for the United States’ “unwavering support” for Ukraine.