This F-15 Is Proof How Israel Makes U.S. Weapons Even Better 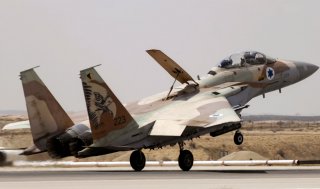 Key point: Israeli does what it needs to survive. That means modifying all kinds of weapons to its Middle East environment.

Charlie Gao studied political and computer science at Grinnell College and is a frequent commentator on defense and national-security issues. This article first appeared in 2018 and is being reposted due to reader interest.