The F-15X: The Air Force's Next Super Fighter or Waste of Time? 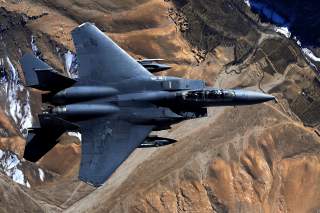