F-22s Armed with Lasers: How the Next War Could be a Laser War 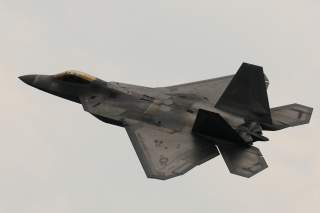