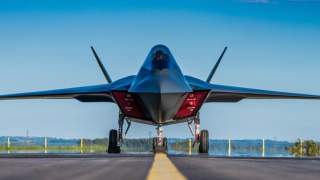 The Tempest sixth-generation fighter has moved a step closer to becoming a reality with the confirmation of a partnership deal with Sweden.

The aircraft will replace the Royal Air Force (RAF) Eurofighter Typhoon fleet, and will be deployed in the 2030s. According to Andrew Kennedy, strategic campaigns director at BAE Systems, one of four UK-based companies involved, the Tempest would be a “gamechanger” and “as iconic as the Spitfire”. The Spitfire was the legendary fighter plane which protected Britain from the Luftwaffe during World War II. John Sneller, head of aviation at Jane’s by IHS Markit, – agreed, suggesting the project would be “more than just an aircraft”, adding: “When operational, the hyper-advanced Tempest will boast capabilities far beyond any jet ever built so far.”

Mr Sneller has put together a side by side comparison between the Tempest and the Future Combat Air System (FCAS, the rival aircraft project being designed by Germany, France and Spain) for Express.co.uk, and while he was careful not to draw conclusions about which was superior, he emphasized once again that both will push the boundaries of existing technology.

“Tempest will be part of a wider FCAS, which will include swarming UAVs (perhaps based on the Lightweight Affordable Novel Combat Aircraft [LANCA] project) that according to the MoD will be ‘compatible with the UK’s aircraft carriers’.”

“Roles for the NGF will broadly mirror those already conducted by today’s combat aircraft. However, one additional capability is the need to be a ‘control ship’ for unmanned aerial vehicles (UAVs).

“FCAS will be networked with all non-airborne assets, such as ground personnel and systems, naval ships and satellites.”

Mr Sneller’s analysis also sets out the timelines of both projects: