F-35 Is Dead: Europe Wants to Build the Most Advanced Stealth Fighter Ever 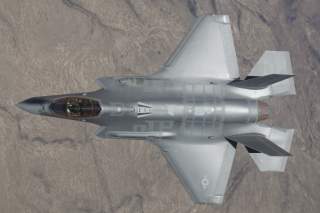 Key Point: There have been numerous weapons that are the fruits of European cooperation, such as the British-German-Italian Tornado jet, or the Franco-German HOT anti-tank missile. Yet Britain, Germany, Italy and France have their individual main battle tanks.