Is This F-35 Flaw Even Fixable? 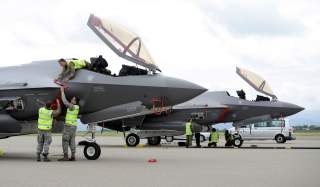